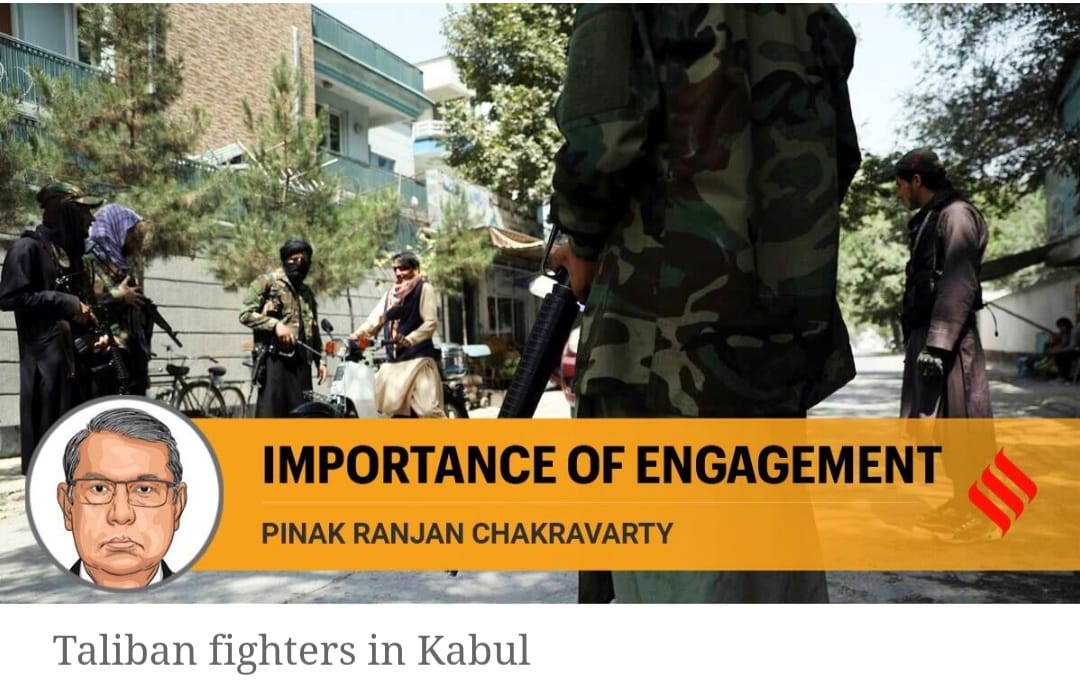 Delhi cannot shun a Taliban-dominated government. It will have to fine tune its diplomacy, engage China, Russia, Turkey and the US.

The stunning advance of the Taliban in Afghanistan has surprised all. An Islamic Emirate and Sharia law have been imposed and ground reports indicate that women are bearing the brunt of the obscurantist laws. The chaos outside Kabul airport is heart-wrenching: Young Afghans clinging to an aircraft taking off and falling from the sky to their deaths and mothers handing over infant children to American soldiers for evacuation. Utter desperation, despair, and fear are driving the Afghans to vote with their feet. Now comes news of the terrible blasts at Kabul airport.

The Taliban is trying to project a reformed image, but its soldiers are reported to be conducting revenge killings and hunting down Afghans and foreigners who have worked for the Americans and the government. Reports of resistance in the northern Panjshir province, still outside Taliban control, have emerged. Ahmad Massoud, son of the legendary Ahmad Shah Massoud, has linked up with former vice-president Amrullah Saleh. Massoud has offered to negotiate, but the Taliban has peremptorily demanded surrender and has sent its cadres to capture Panjshir. Whether the resistance gathers momentum is too early to tell.

US President Joe Biden has repeatedly defended his decision to withdraw and he even brought forward the date of withdrawal from September to August 31. The announcement of the dates of withdrawal gave the Taliban an advantage.

Over the years, the Afghan National Defence and Security Forces (ANDSF) fought the Taliban, suffering casualties. The American withdrawal has been a huge blow to its morale. The withdrawal of maintenance personnel crippled the Afghan air force. Divided by ethnicities, tribal and sub-tribal loyalties, under a governance system riddled with corruption, the ANDSF splintered and melted away. For centuries, the Afghans have fought on the basis of primary tribal loyalties and not for abstract values like national interest or democracy. The ANDSF was also not trained for asymmetrical war. The Taliban used all these factors to subvert it. The US calculation for an orderly withdrawal went awry as it was predicated upon the ANDSF holding up the Taliban for some months.

The Taliban does enjoy some popular support among the Afghans, who are fed up with the endemic corruption. Once the Taliban decided to move into the final stretch, Pakistan’s deep state-provided full logistical and other support. Pakistan’s eternal quest for “strategic depth” has kept it allied with the Taliban. The deep state, led by Army Chief General Bajwa, has been trying to broker an inclusive transitional government. There is still feverish activity underway to form a patchwork government and Pakistan’s foreign minister will be in Kabul for confabulations. A surprising collaborator of Bajwa has been General Nick Carter, UK’s Chief of Defence Staff. General Carter has been peddling the narrative of a reformed Taliban.

Pakistan is openly gloating over the Taliban’s “victory”. It may be upbeat but blowback in the form of Islamist terrorism and its economic fallout could be game-changers. Afghanistan is bankrupt and foreign aid, which constituted around 60 percent of its annual budget, has dried up. Pakistan is in no position to help it financially, which leaves only China with the capacity to fund it. But China does not dole out money for anything. Will it provide financing in return for Afghanistan’s mineral riches? The EU has cut off all financial aid and said that it will not recognize any Taliban government unless it adheres to international human rights norms. The US and UK may not be averse to a compromise for their own strategic reasons. The Organisation of Islamic Cooperation, like the UN, has mouthed platitudes.

The strategic impact of the events unfolding in Afghanistan will reverberate for years. The chaotic American withdrawal will strengthen international perception about the durability of the US’s commitments. China, Iran, Pakistan and Russia, all wanted the US out of their backyard. Turkey has joined this axis. These countries have kept their embassies open in Kabul, hoping to fill the vacuum. These developments underscore a fundamental shift in geopolitical alignments. This will also recalibrate India’s ties with these countries and the US.

For India, this is a strategic setback and raises the specter of a revival of jihadi terrorism. Both China and Russia have been wary of terrorism spilling over into Xinjiang and Central Asia respectively. Both have refused to accept any refugees. China, with its deep pockets, has been cautious about investing in Afghanistan. Its workers in Pakistan have been killed on a regular basis. Afghanistan is far more unstable, although its precious mineral reserves remain a compelling attraction, in addition to extending the CPEC into Afghanistan. China has already made extensive inroads into India’s neighboring countries, undermining India’s interests and influence.

India’s Afghanistan options are limited. The immediate focus is solely on evacuating Indians and Afghans. The memory of dealing with the Taliban during the Indian Airlines hijacking episode has left an indelible mark. India had opted to help Afghanistan by building infrastructure, and by providing training and medical treatment. Its image among the Afghan population is positive. Its policy of welcoming Afghan refugees will buttress this image. Shunning a Taliban-dominated government may not be wise in the future, but the behavior of the government in Kabul will be the defining factor, as will be Pakistan’s behavior. India will have to reopen the embassy in Kabul, as any prolonged absence on the ground will be detrimental to its interests.