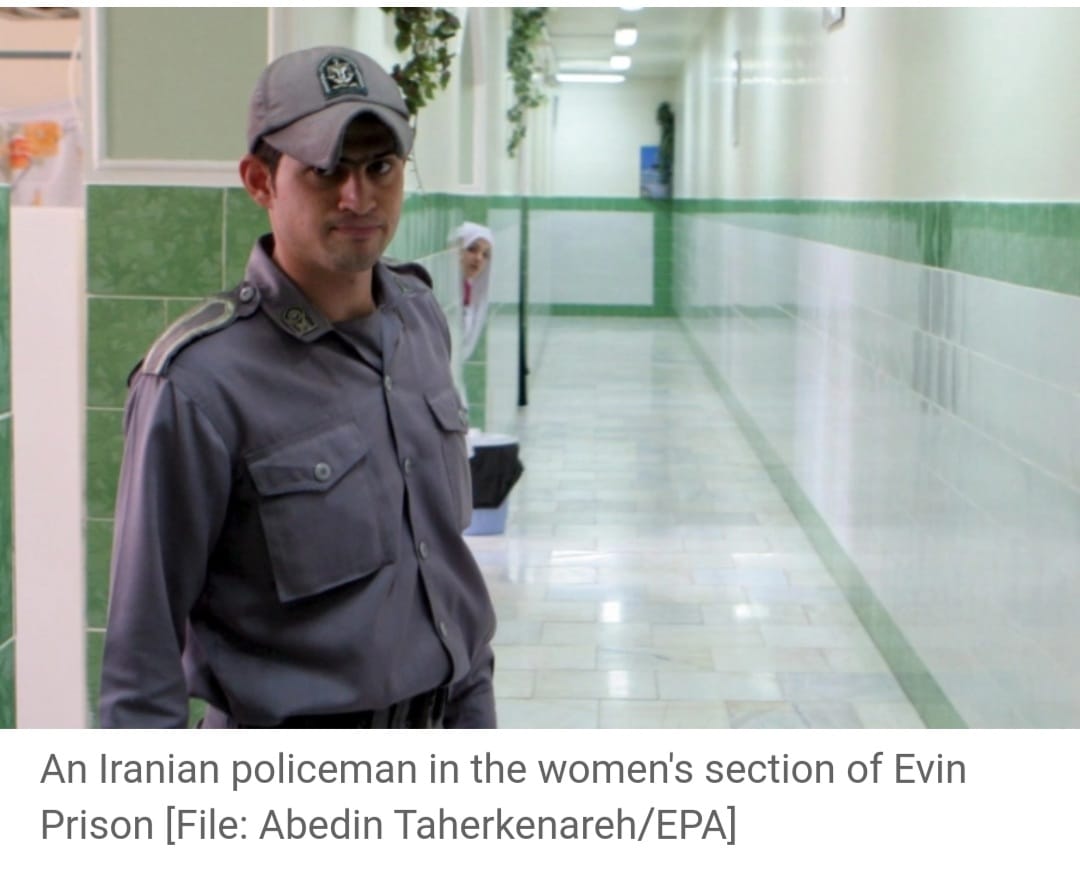 The surveillance camera footage, leaked on Monday, has no sound but shows clearly the pain some prisoners go through at Evin.

Mohammad Mehdi Haj Mohammadi, head of Iran’s prisons organisation, said in a tweet on Tuesday he accepts responsibility for the “unacceptable behaviors” depicted in the footage and vowed the perpetrators will face repercussions.

“I also apologize to God, our dear supreme leader, the great nation, and the honorable prison guards, whose efforts will certainly not be ignored due to these errors,” Mohammadi wrote.

One video showed a gaunt man being dropped in the courtyard and dragged through the prison semi-conscious while guards and staff watch unfazed. At one point, a cleric passes by the injured man.

Most of the videos are timestamped 2020 and 2021, with guards wearing masks in some of them as the COVID-19 pandemic impacted Iranian prisons.

The hackers also managed to gain access to the prison’s control room. A clip shows a guard spring to his feet when the many monitors in front of him flash red and then go black one by one. Guards storm in, some taking out their phones to film the situation, while others make hurried phone calls.

The group that carried out the hack calls itself Edalat-e Ali, or “Ali’s Justice”. It is a reference to the son-in-law of the Prophet Muhammad, an imam revered by Shia Muslims.

Evin Prison, which houses political prisoners and dual national inmates who are mostly imprisoned on spying and propaganda charges, has for years been criticized for human rights abuses, including by the UN’s special rapporteur for human rights. It is also blacklisted by both the US and the EU.