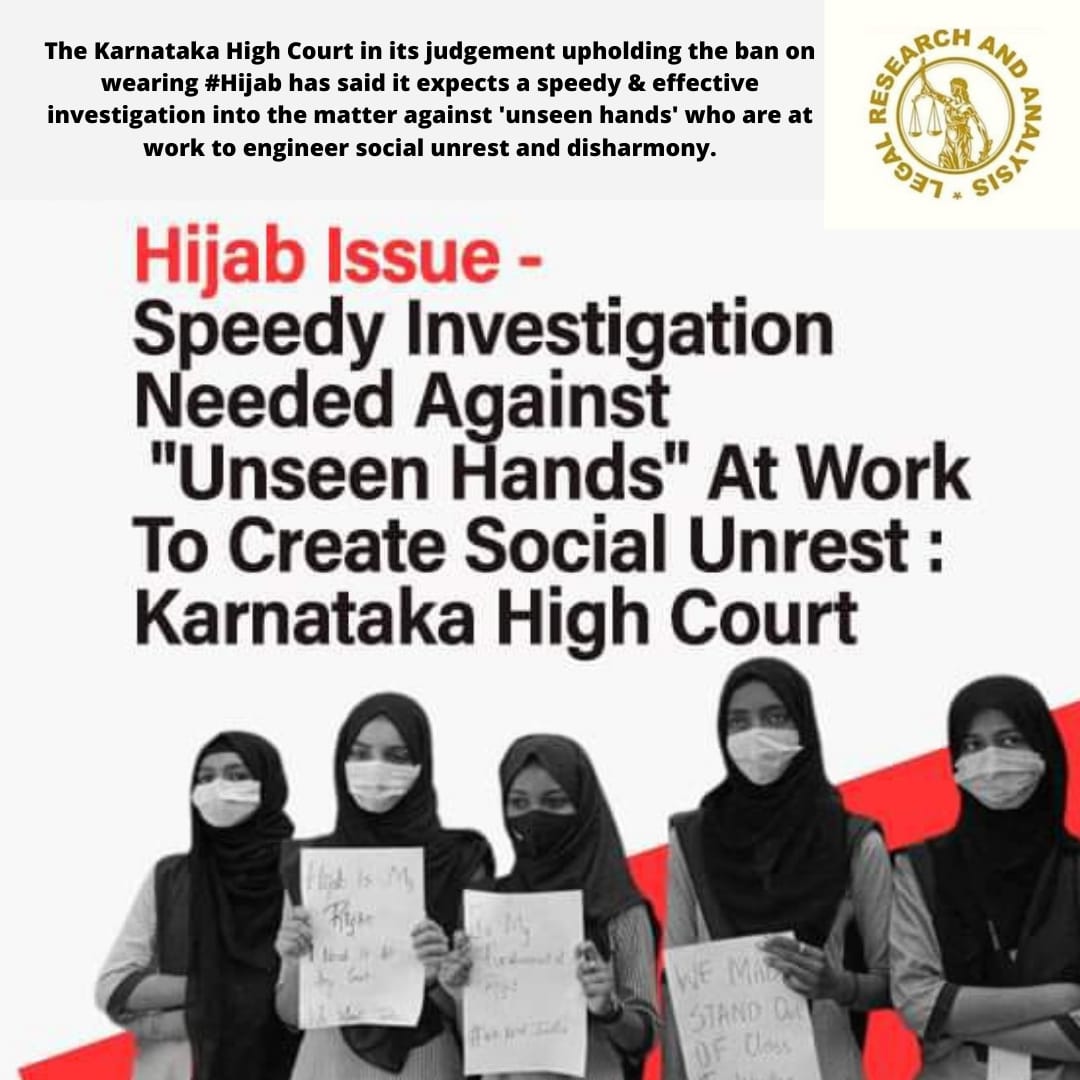 The Court also held that requiring students to wear uniform is a reasonable restriction on the fundamental right to freedom of expression under Article 19(1)(a).
Hijab Ban in colleges upheld; wearing of hijab not essential to Islam: Karnataka High Court
The Karnataka High Court on Tuesday upheld the government order (GO) effectively banning the wearing of hijab (headscarves) by Muslim girl students in educational institutions in the State (Smt Resham v. State of Karnataka).

The hearing before the Bench had lasted 11 days, before the verdict was reserved on February 25. On the very first day of the hearing, the Court had passed an interim order directing students not to wear hijab, saffron shawls (bhagwa) or use any religious flags while attending classes in colleges which have a prescribed uniform.

The petitioners – Muslim girl students from various colleges in Karnataka – had approached the High Court after they were denied permission to attend classes on account of wearing hijab. Among the grounds cited in the petition were that the freedom of conscience and the right to religion are both guaranteed by the Constitution, despite which the students were singled out arbitrarily for belonging to the Islamic faith