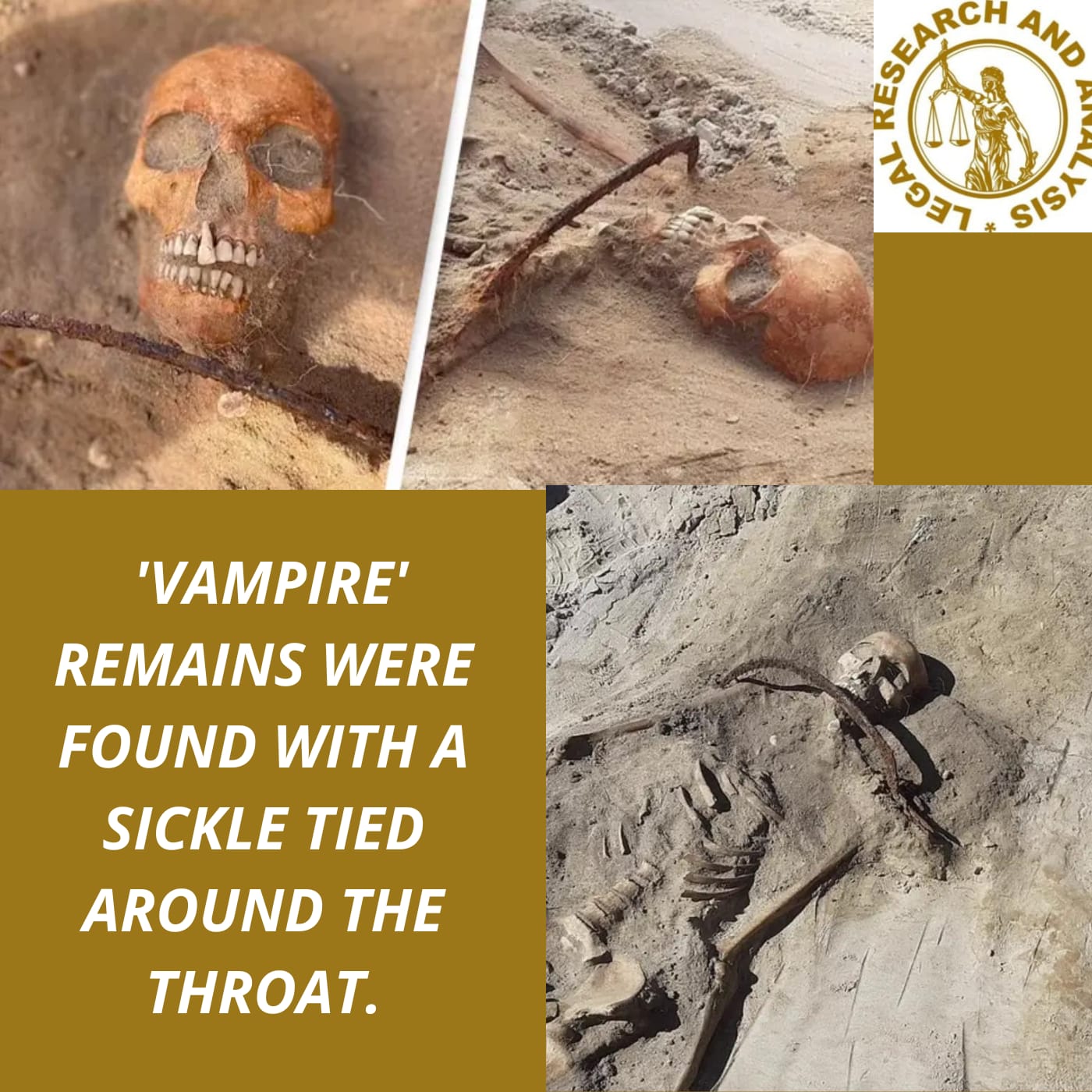 The woman was buried using a sickle, a farming implement with a short handle and a semi-circular blade.

However, The Mail reports that the woman’s toe was also padlocked to prevent her from rising from the dead, giving rise to the term “vampire.”

“Ways to prevent the return of the dead include cutting off the head or legs, burying the corpse face down, burning them, and smashing them with a stone,” he claimed.

The sickle wasn’t laid flat; rather, it was positioned on the deceased’s neck so that, most likely, if he or she had attempted to stand, the head would have been severed or otherwise hurt.

He comes to the conclusion that the woman’s left foot’s padlocked big toe most likely represented “the end of a stage and the impossibility of returning.”

The “vampire” concept first appeared in mainland Europe in the 11th century, when people were terrified that the dead would come back to life and harass the populace.

While it is usual practice to drive a steak through the skull of a deceased person suspected of being a vampire in order to keep them alive, the sickle over the throat is unquestionably a more inventive technique.

Researchers in the village of Drewsko, around 130 miles away from Pien, uncovered the remains of several men who also had a sickle pressed to their throats.

“When placed in funerals they were a guarantee that the departed remained in their graves and so could not harm the living, but they may also have functioned to protect the dead from bad powers,” the researchers stated back in 2015.

According to folklore, a sickle shielded children, the deceased, and pregnant women from evil spirits.