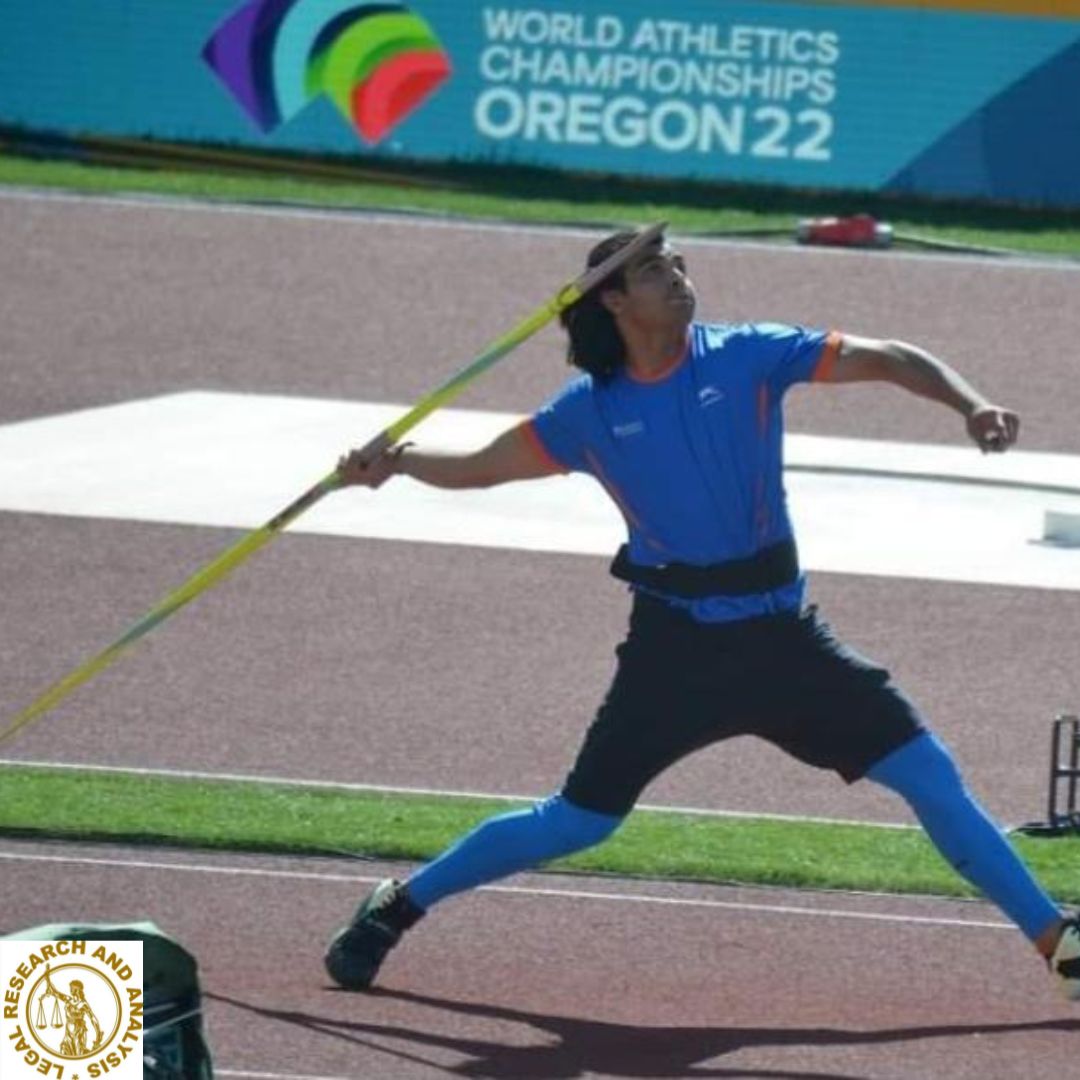 Neeraj Chopra, a Tokyo Olympic gold medalist, made history by winning silver in the men’s javelin throw event at the World Athletics Championships.

With his best throw of 88.13 meters this morning, the champion took second place in the renowned competition held in Eugene, Oregon, United States. Anderson Peters of Grenada won the gold medal with a javelin throw of 90.54 meters.

Neeraj Chopra is the first Indian athlete to ever win a silver medal at the World Athletics Championships. He is the second Indian to do so, following former long jumper Anju Bobby George, who won a bronze medal in the long jump in Paris in 2003.

Neeraj Chopra has received congratulations from Prime Minister Narendra Modi and Sports Minister Anurag Singh Thakur. Mr. Modi said in a tweet, “It is a major achievement by one of our most renowned athletes.” He stated that this is a momentous occasion for Indian sports.

In a message, Sports Minister Anurag Singh Thakur praised Neeraj Chopra for continuing his winning streak and becoming the first Indian male and second Indian to win a gold medal at the World Championships.

Mr. Thakur also mentioned that Neeraj now has medals from every Global event.
Kiren Rijiju, Minister of Law and Justice, congratulated Neeraj Chopra on his silver medal at the World Athletics Championships in Oregon.

Mr. Rijiju stated in a tweet that Neeraj Chopra is a real Winner who delivers better shots when it matters the most, as all great Champions do on the biggest stages, the Olympics and World Championships.

The Minister encouraged young boys and girls to emulate Neeraj, who did not become stagnant after winning an Olympic gold medal in Tokyo but instead started working even tougher to create India proudly.