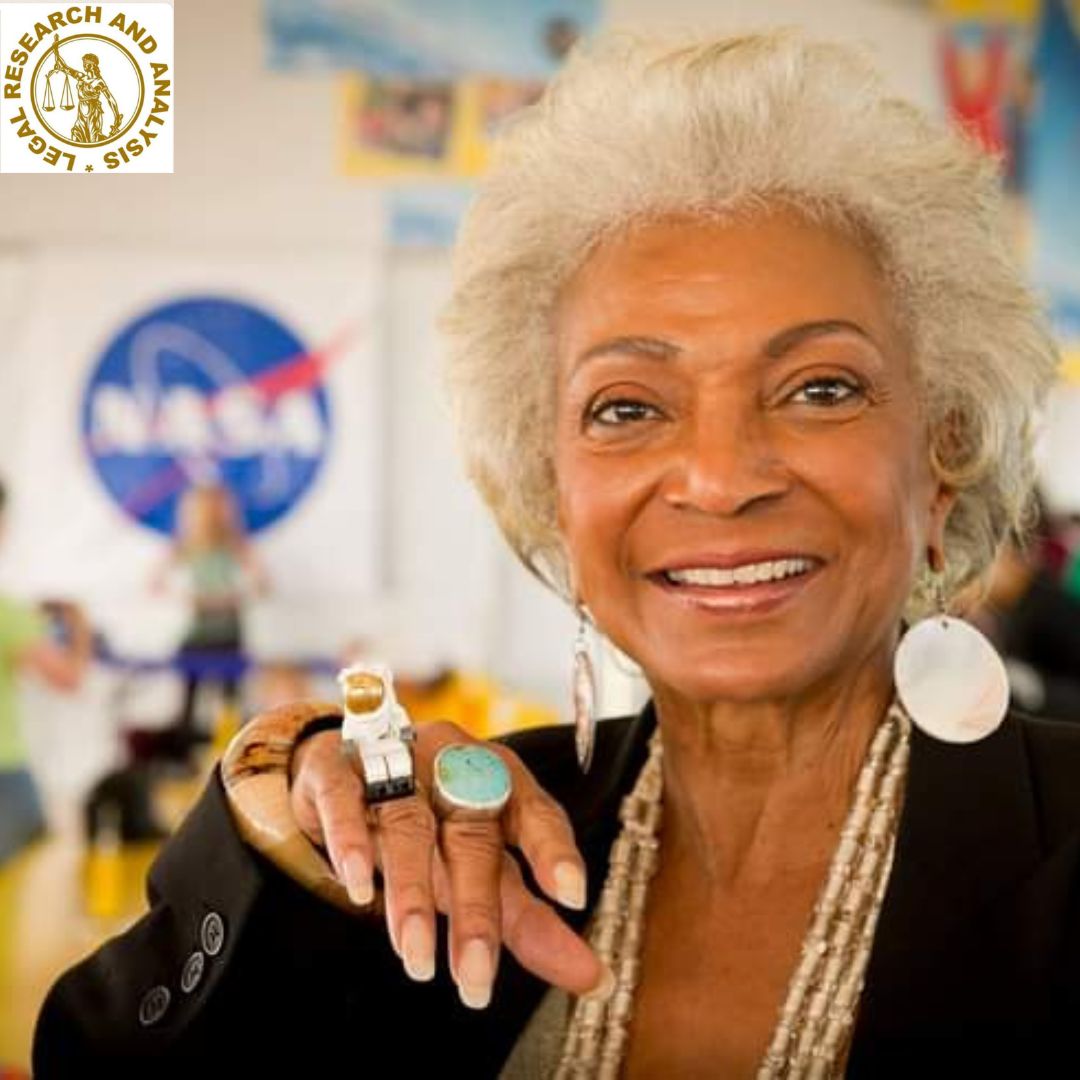 Nichelle Nichols, who broke down barriers for Black women in Hollywood as Lt. Uhura on the original “Star Trek” television series, has died at the age of 89.

According to her son Kyle Johnson, Nichols died on Saturday in Silver City, New Mexico.

“Nichelle Nichols, my mother, died last night of natural causes. Her light, like the newly visible ancient galaxies, will reside on for us and for future generations to recognize, learn from, and be influenced by “On Sunday, Johnson posted on her official Facebook page. “Hers was a well-lived life and, as such, a model for us all.

Nichols’ role in the 1966-1969 series earned her a lifelong sense of prominence among the series’ ardent fans, known as Trekkers and Trekkies. It also earned her accolades for breaking barriers that had restricted Black women to acting roles as servants, and it featured an unprecedented inter-racial- racial on-screen kiss with co-star William Shatner.

“I am so sorry to hear about Nichelle’s passing,” Shatner tweeted on Sunday. She was a lovely woman who played a commendable character who did so much to redefine social issues in the United States and around the world.”

Nichols’ influence extended far beyond her instant co-stars, with numerous others in the “Star Trek” community tweeting their condolences.

Nichols “made room for so many of us,” said Celia Rose Gooding, who plays Uhura in “Star Trek: Strange New Worlds.” She served as a reminder that we can not only reach the stars but that our influence is critical to their survival. Forget about shaking the table; she made it.”

On September 8, 1966, NBC aired the first episode of “Star Trek.” Its multicultural, multiethnic cast was creator Gene Roddenberry’s message to viewers that human diversity would be completely recognized in the distant future — the 23rd century.

“I believe that many individuals took it into one‘s hearts that what had been said on television at the time was a cause to cheer,” Nichols said in 1992 when the Smithsonian Institution held a “Star Trek” exhibit.

She frequently mentioned how Martin Luther King Jr. was a fan of the show and commended her performance. She met him at a civil rights rally in 1967, shortly after deciding not to return for the show’s second season.

Nichols was a regular at “Star Trek” conventions and events well into her 80s, but her schedule became more limited after her son announced that she had advanced dementia in 2018.

Nichols was placed in a court conservatorship under the supervision of her son Johnson, who claimed that her mental decline rendered her unable to handle her affairs or make public showings.

Some, including Nichols’ supervisors and her friend, film producer and actor Angelique Fawcett, raised objections to the conservatorship and demanded greater access to Nichols as well as records of Johnson’s financial and other transactions on her behalf.

Her name was occasionally mentioned at courthouse rallies calling for Britney Spears’ release of her own conservatorship.