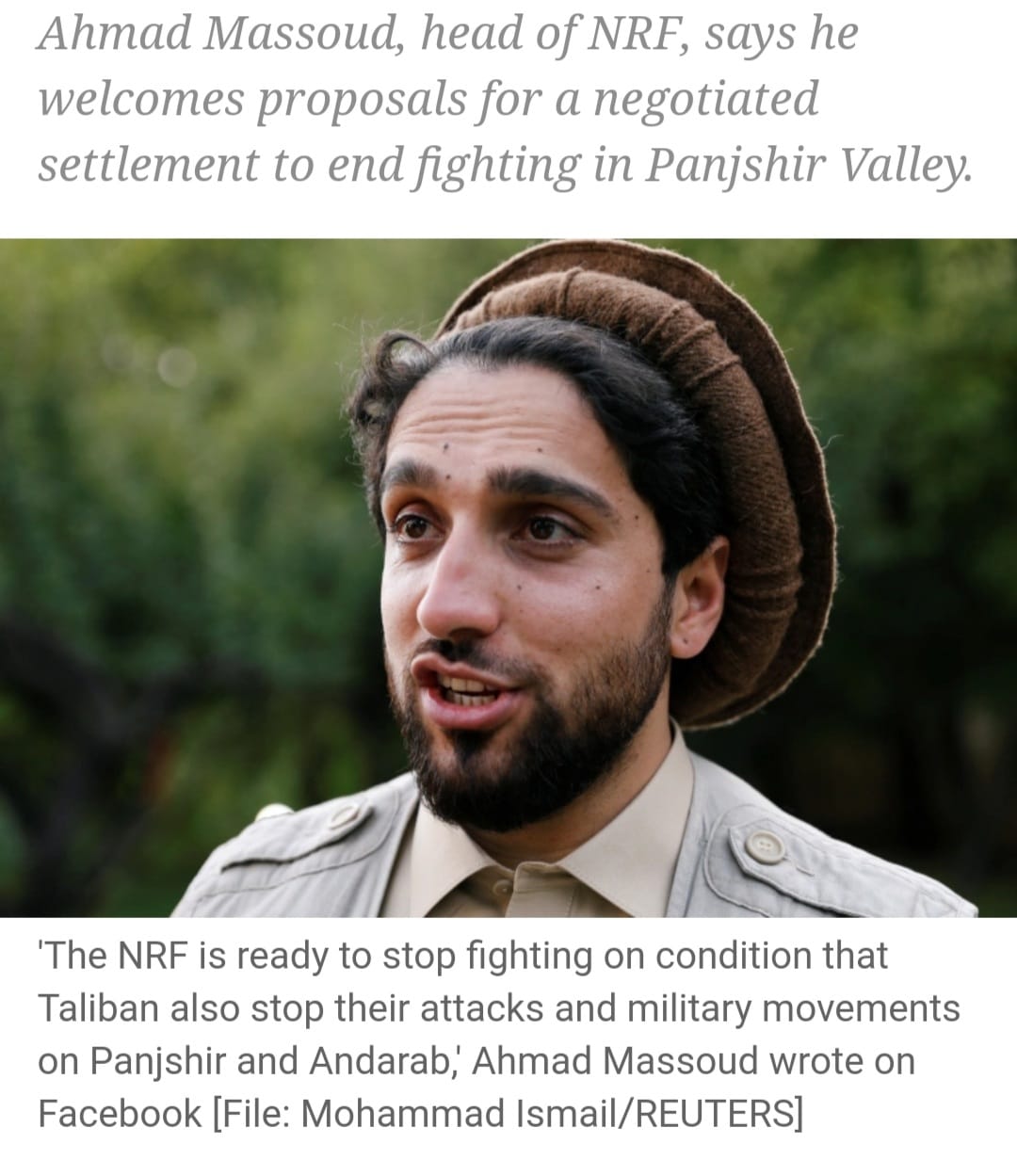 Ahmad Massoud, leader of the opposition group National Resistance Front (NRF) resisting Taliban forces in Afghanistan’s Panjshir Valley, has said he welcomes proposals from religious scholars for a negotiated settlement to end fighting in the region.

“To reach a lasting peace, the NRF is ready to stop fighting on condition that Taliban also stop their attacks and military movements on Panjshir and Andarab,” Massoud wrote on Facebook on Sunday, referring to a district in the neighboring province of Baghlan.

Heavy fighting continued between the Taliban and resistance forces in Panjshir Valley as the armed group tried to seize the last holdout province.

Resistance fighters said on Sunday that they captured hundreds of Taliban troops as well as their equipment and vehicles.

The Taliban said its forces had fought their way into the provincial capital of Panjshir after securing the surrounding districts.

Meanwhile, Mark Milley, the top US general, said Afghanistan will “likely” erupt in civil war if the Taliban is not able to establish control, warning that a broad civil war could lead to a resurgence of “terrorist” groups.