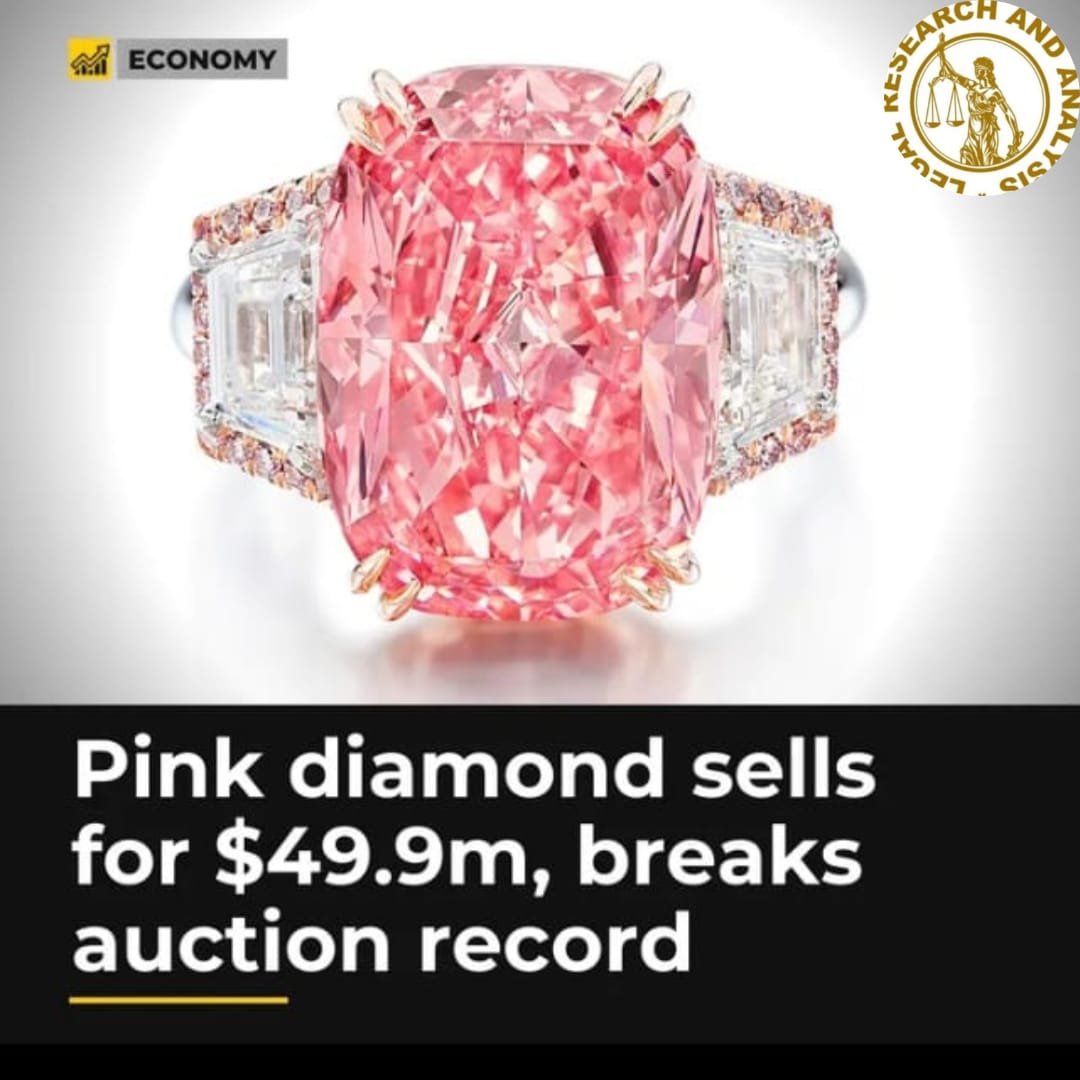 A pink diamond weighing 11.15 carats was auctioned off for $49.9 million in Hong Kong, setting a world record for the highest price per carat ever paid for a diamond.

The Williamson Pink Star diamond, which was auctioned off by Sotheby’s Hong Kong on Friday, was originally estimated at $21 million.

The gem is named after two legendary pink diamonds.

The first is the 23.60-carat Williamson diamond, which was presented as a wedding gift to the late British Queen Elizabeth II in 1947; the second is the 59.60-carat Pink Star diamond, which sold for a record $71.2 million at auction in 2017.

The Williamson Pink Star is the second-largest pink diamond ever to be auctioned.

Pink diamonds are among the most valuable and rare colored diamonds.

When you consider an alluring connection to Queen Elizabeth, rising pink diamond prices due to their increasing rarity, and the backdrop of an unstable global economy, this diamond could prove to be a very compelling proposition for the right person,” said Tobias Kormind, Managing Director of 77 Diamonds.

“Hard assets, such as world-class diamonds, have a track record of outperformance.” Some of the world’s most valuable diamonds have seen their prices more than double in the last decade,” he said.