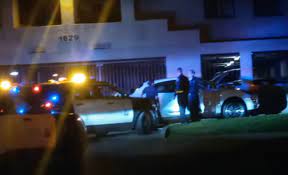 Police under review for blasting Disney songs in alleged attempt to keep videos off social media.

In that incident, a police cruiser blasted Disney music at 11 PM on a residential street when a cameraman asked whether or not the department was paid to listen to music. According to local news reports, police officials had been investigating a stolen vehicle at the time.

Santa Ana City Councilman Johnathan Hernandez was also present, who then asked: “Why are you playing Disney music?” He also questioned if the officer lived in the area.

The officer referenced “copyright infringement” in his reply.

The video exchange was posted on the Santa Ana Audits YouTube channel and garnered more than 45,000 views. The channel monitors police exchanges with the public.

In response to the clip, Santa Ana Chief of Police David Valentin said: “My expectation is that all police department employees perform their duties with dignity and respect in the community we are hired to serve.”

But given the history of the practice, Hernandez said he believed the officers were trying to keep the clip off social media.

Hernandez told the Post he plans to introduce a ban on the practice.

“I’m embarrassed that this is how you’re treating my neighbors. There’s children here,” he told the Post. “If you work for the public and there are numerous people out recording you telling you to please turn it off, why wouldn’t anyone in their right mind stop that?”

In one incident last year, cops in Oakland, California, played Taylor Swift’s 2014 song “Blank Space” as they confronted activists. While they did this in an attempt to have videos of them not make it to social media, in this incident footage made it to and stayed on social media.

According to research by Harvard University’s Lumen project, which studies copyright content removal, several videos linked to Black Lives Matter protests have been removed because they contained copyrighted music. The researchers noted that “law enforcement,” or anyone who wanted to stop videos from being shared online, “need only make sure that copyrighted audio is present with sufficiently recognisable clarity and volume in the background of a protest or other event,” BBC reported.