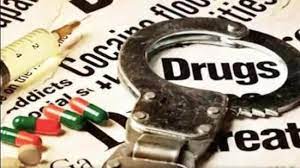 Mumbai: A 30-year-old pregnant woman from Borivali was arrested for possession of cocaine worth ₹51 lakh. The police said that the woman, who is five months pregnant, was taken into custody after they laid a trap in Borivali. She has been identified as Muskaan Kanojia, who has two children and is a wife of an ambulance driver.

Cops suspect that the ambulance was being used by the accused woman to deliver drugs. They are investigating the involvement of her husband in the drug peddling case too, said a police source.

According to the police officers, the accused who has been identified as Victor Obgbonna Chukwuneye had been arrested in 2016 with cocaine and was convicted.

Officials said that after the commissioner of Mumbai police Sanjay Pandey instructed all the police stations across the city to conduct a drive against drug peddlers, they had been keeping a strict watch on the peddlers of the area.