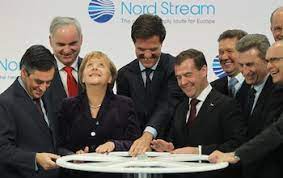 The invasion of Ukraine has left Merkel’s legacy in tatters

Putin’s war has opened Scholz’s eyes to the vulnerabilities created by his predecessor, from gas dependency to defense complacency

When the German Chancellor Olaf Scholz was elected last year, he took over from one of the most popular politicians in modern history. After 16 years in office, Angela Merkel’s approval ratings were higher than those of any other global leader and she was hailed by many as the leader of the free world. However, the war in Ukraine has thrown a dark shadow over her legacy.

Given Merkel’s popularity, it was hardly surprising that Scholz fought and won his election on a continuity ticket. And initially, it looked as if he meant it. Two weeks ago, he still asked her for advice before he flew to Moscow on a mission to prevent war. But February 24 changed everything. “Putin’s coldblooded invasion” of Ukraine was a “turning point” for Germany, as Scholz pointed out in what can only be described as a landmark speech on Sunday.

Russia’s brazen attack on a sovereign European state exposed the extent to which the continent’s largest economy had shackled itself to Putin’s regime. Merkel unquestioningly followed the trajectory of her predecessor Gerhard Schröder, whose private business interest had become entangled with Germany’s policy to import vast amounts of gas and oil from Russia. Merkel compounded the problem by accelerating Germany’s abandonment of nuclear power. If Russia stopped delivering gas tomorrow, Germany would just about get through the winter before the lights went out.

Chronic underfunding of the Bundeswehr and a hesitant foreign policy are also dangerous trademarks of Merkelism. Between 2005 and 2018, defense spending stagnated even as GDP grew. A report in 2019 showed a shocking lack of equipment covering everything from night-vision devices to protective gear. The same year, recruitment figures reached a historic low. Germany’s armed forces hardly struck fear into the hearts of potential enemies.

Of course, questionable combat readiness has not caused the war in Ukraine, but it did much to undermine Nato’s deterrence. Putin believed the West was divided between those who were ready to stand up to him and those who would always choose the path of pacifism. The Scholz administration has realized the danger in this policy and pledged a huge spending boost of 100 billion euros – double the entire annual military budget – to modernize the Bundeswehr as quickly as possible.

On energy, too, Scholz admitted that huge mistakes have been made. Last year, he was still calling Nord Stream 2 “a private business enterprise”. Now he has halted the project, ruefully admitting that “energy policy is not just important for our economy and our climate. But it is also important for our security.” He wants to diversify Germany’s intake through buying gas on the world market and building the ports and facilities to receive and store it.

It took Putin’s war in Ukraine to expose the danger of a reluctant foreign policy from a country of Germany’s geopolitical importance. The awful realities in Eastern Europe have opened Scholz’s eyes to the vulnerabilities created by his predecessor. Merkel may have been perceived to be the embodiment of the rules-based order, but she did very little to defend it.