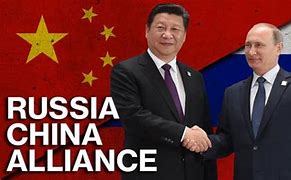 And how threatening it becomes

Each day brings new horrors to Ukraine, where Russian artillery fire echoes like thunder across cities and towns. The metropolis of Kharkov lies in ruins, victim of two weeks of bombardment. Mariupol, on the coast, has been destroyed.

It is too soon to know if a winner will emerge from the fighting. But, on the other side of the planet, the world’s emerging superpower is weighing its options. Some argue that China will build on a pre-war friendship with Russia that knows “no limits”, to create an axis of autocracy. Others counter that America can shame China into breaking with Russia, isolating Vladimir Putin, its president. Our reporting suggests that neither scenario is likely. The deepening of ties with Russia will be guided by cautious self-interest, as China exploits the war in Ukraine to hasten what it sees as America’s inevitable decline. The focus at all times is its own dream of establishing an alternative to the Western, liberal world order.

Both China’s president, Xi Jinping, and Mr Putin want to carve up the world into spheres of influence dominated by a few big countries. China would run East Asia, Russia would have a veto over European security and America would be forced back home. This alternative order would not feature universal values or human rights, which Mr Xi and Mr Putin see as a trick to justify Western subversion of their regimes. They appear to reckon that such ideas will soon be relics of a liberal system that is racist and unstable, replaced by hierarchies in which each country knows its place within the overall balance of power.

Hence Mr Xi would like Russia’s invasion to show up the West’s impotence. If the sanctions on Russia’s financial system and high-tech industry fail, China will have less to fear from such weapons. If Mr. Putin lost power because of his miscalculation in Ukraine, it could shock China. It would certainly embarrass Mr Xi, who would be seen to have miscalculated too, by allying with him—a setback when he is seeking a third term as Communist Party leader, violating recent norms.

For all that, however, Chinese support has its limits. The Russian market is small. Chinese banks and companies do not want to risk losing much more valuable business elsewhere by flouting sanctions. A weak Russia suits China because it would have little choice but to be pliant. Mr Putin would be more likely to give Mr. Xi access to northerly Russian ports, to accommodate China’s growing interests in, say, Central Asia, and to supply it with cheap oil and gas and sensitive military technology, including perhaps the designs for advanced nuclear weapons.

Furthermore, Mr. Xi seems to believe that Mr Putin does not need to win a crushing victory for China to come out ahead: survival will do. Chinese officials confidently tell foreign diplomats that Western unity over Russia will splinter as the war drags on, and as costs to Western voters mount. China is already trying to prize apart Europe and America, claiming that the United States is propping up its power while getting Europeans to foot the bill for high energy prices, larger armies and the burden of hosting over 3m Ukrainian refugees.

China’s approach to the Russo-Ukraine war is born out of Mr. Xi’s conviction that the great contest in the 21st century will be between China and America—one he likes to suggest that China is destined to win. For China, what happens in Ukraine’s shelled cities is a skirmish in this contest. It follows that the success of the West in dealing with Mr Putin will help determine China’s view of the world—and how it later has to deal with Mr Xi.

The first task is for nato to defy Chinese predictions by sticking together. As the weeks turn into months that may become hard. Imagine that the fighting in Ukraine settles into a grim pattern of urban warfare, in which neither side is clearly winning. Peace talks could lead to ceasefires that break down. Suppose that winter draws near and energy prices remain high. Ukraine’s example early in the war inspired support across Europe that stiffened governments’ sinews. The time may come when political leaders will have to find the resolve within themselves.

Willpower can be linked to reform. Having defended democracy, Western countries need to reinforce it. Germany has decided to deal with Russia by confronting it, not trading with it. The European Union will need to corral its Russia sympathizers, including Italy and Hungary. The British-led Joint Expeditionary Force, a group of ten northern European countries, is evolving into a first responder to Russian aggression. In Asia, America can work with its allies to improve defenses and plan for contingencies, many of which will involve China. The joined-up action that shocked Russia should not come as a surprise to China if it invaded Taiwan.

And the West needs to exploit the big difference between China and Russia. Three decades ago their two economies were the same size; now China’s is ten times larger than Russia’s. For all Mr Xi’s frustration, China has thrived under today’s order, whereas Russia has only undermined it. Obviously, Mr. Xi wants to revise the rules to serve his own interests better, but he is not like Mr. Putin, who has no other way of exerting Russian influence than disruptive threats and the force of arms. Russia under Mr Putin is a pariah. Given its economic ties to America and Europe, China has a stake in stability.

Shanghai on the Dnieper

Rather than also push China “outside the family of nations, there to nurture its fantasies, cherish its hates and threaten its neighbors”—as Richard Nixon wrote years before his famous trip to Beijing five decades ago—America and its allies should show that they see the rising superpower differently. The aim should be to persuade Mr. Xi that the West and China can thrive by agreeing where possible and agreeing to differ where not. That requires working out where engagement helps and where it threatens national security.

Might China yet start down this path by helping bring the war in Ukraine to a swift end? Alas, barring the Russian use of chemical or nuclear weapons, that looks unlikely—for China sees Russia as a partner in dismantling the liberal world order. Diplomatic pleading will influence Chinese calculations less than Western resolve to make Mr Putin pay for his crimes. ■

Surprise
0 0 %
Putin's war in Europe Tags:The war in Ukraine will determine how China sees the world And how threatening it becomes.