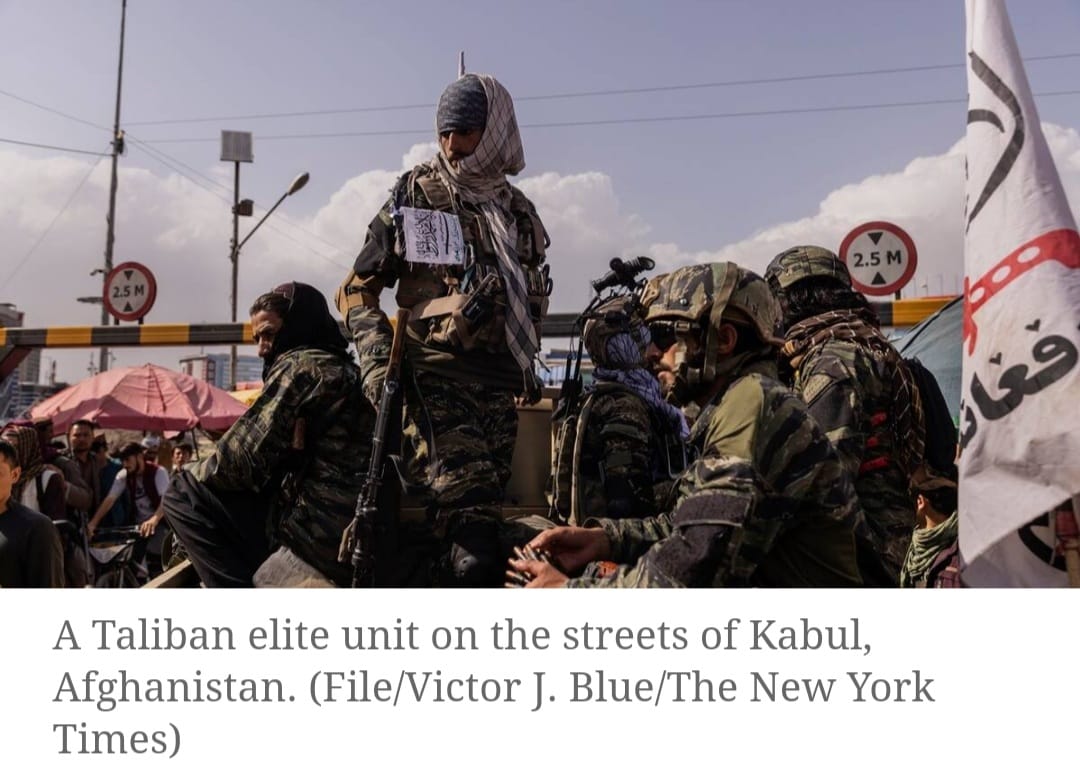 On August 11, four days before the fall of Kabul, the Extended Troika on Afghanistan, comprising Russia, China, Pakistan and the US, met in Qatar’s capital Doha.

CALIBRATING its response to overtures Sunday by Taliban leader Sher Mohammad Abbas Stanikzai, New Delhi is keenly aware of the power structure emerging in the region.

Officials told The Indian Express that much before the Taliban takeover, India was being reminded by Russia of the need to come to terms with the shifting sands in Afghanistan.

China made its stand public when Foreign Minister Wang Yi met a Taliban delegation led by Mullah Abdul Ghani Baradar in Tianjin on July 28. “The Afghan Taliban,” Wang said, “is an important political and military force… expected to play an important role in the country’s peace, reconciliation and reconstruction process.”

On August 11, four days before the fall of Kabul, the Extended Troika on Afghanistan, comprising Russia, China, Pakistan, and the US, met in Qatar’s capital Doha.

That India would not find a place at this table was made amply clear by Zamir Kabulov, Russian President Vladimir Putin’s special envoy on Afghanistan.

Officials point to an online discussion, reported by Russian news agency Tass on July 20, in which Kabulov suggested that India could not participate in these talks because it lacked “influence” over the Taliban – and that only countries with “unequivocal influence on both sides” could participate.

According to officials, Kabulov was pointing to the new regional structure taking shape – Russia, China, and Pakistan, all eyeing stakes in a Taliban-controlled Afghanistan.

He reminded India that it could play a role once the US exited the country – “post-conflict” was the term he used.

Kabulov’s history with Afghanistan — from the Russian occupation in the 1980s when he was with the mission in Kabul to Ambassador in 2004 — makes him a significant factor in the new calculus.

Officials point to statements issued by the Russians in the last one week following Putin’s calls to leaders of countries who will be shaping the new structure. These highlights, they said, the nuances that distinguish each relationship.

On August 24, the day the G7 Foreign Affairs Committee Chairs issued a statement calling for a framework on dealing with the Taliban and said “we would like to see India invited to this G7 meeting”, Putin was on the line with Prime Minister Narendra Modi.

New Delhi’s statement on the conversation emphasized: “it was important for the two strategic partners to work together and instructed their senior officials to remain in touch.”

But the Russian President’s statement pointed to “their determination to increase cooperation” and the need to “establish a two-way channel for permanent consultations”.

On the talks with Xi, Russia underlined that Putin and Xi “intend to use the potential of the Shanghai Cooperation Organisation as much as possible” and step up cooperation “above all between the foreign ministries”.

On Putin’s conversation with Imran Khan, Russia flagged the need to establish an “inter-Afghan dialogue that would facilitate the formation of an inclusive government” and underlined the agreement to “coordinate approaches to the Afghan issue” and “use the capabilities” of the SCO for “regional stability”.

Even Putin’s conversation with Iranian President Ebrahim Raisi – and this took place on August 18, three days after the fall of Kabul – focused on the road ahead in Afghanistan. “The presidents also touched on preparations for the Shanghai Cooperation Organisation summit in Dushanbe taking into account the application submitted by Iran for full membership in this organization. It was agreed to maintain personal contact.”

Clearly, reaching out to these leaders, the Russian President, officials say, is amplifying the urgency of the new reality – and new regional architecture, one that requires countries to have “permanent consultations”, “use the potential of the Shanghai Cooperation Organisation as much as possible”, “coordinate approaches” and remain in “personal contact”.

For India, officials say, this is the new challenge: Choices will have to be made and positions calibrated irrespective of ties with the US. The return of the Taliban, as German Chancellor Angela Merkel said, is “bitter, but we have to deal with it”.