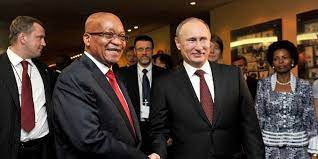 COMPARISON BETWEEN THEIR TRADE

Russian Foreign Minister Sergey Lavrov stated that Moscow does not want any “scandals”
surrounding the upcoming joint naval exercises between Russia, China, and South Africa. He was responding to criticism about the drills during a news conference in South Africa on Monday, one of his country’s most important allies on a continent divided over Russia’s invasion of Ukraine and Western efforts to isolate it.
Lavrov stated that Russia had provided all necessary information regarding the military
exercises’ plans. He met with his South African counterpart Naledi Pandor in Pretoria on Monday, in what South African government officials described as a routine visit but which some opposition parties and the small Ukrainian community deemed insensitive. Military drills with partners are a “natural course of relations,” according to Pandor.
The White House in Washington expressed concern about South Africa’s military plans.”The United States is concerned about any country exercising with Russia at a time when Russia is waging a brutal war against Ukraine,” White House press secretary Karine Jean-Pierre said. The government of President Cyril Ramaphosa regards South Africa as neutral in the Ukraine conflict and has expressed a desire to meditate.
Pandor has repeatedly stated that South Africa will not be drawn into taking sides, and he has chastised the West for condemning Russia selectively while ignoring other acts of aggression such as Israel’s occupation of Palestinian territory. Even as it has declared neutrality in the conflict and abstained from voting on United Nations resolutions, South Africa has maintained close ties with Russia, which was historically a friend of the ruling African National Congress when it was a liberation movement against white minority rule.
Both countries have been trading partners for many years, with South African exports to Russia expected to reach $587 million in 2020, while Russian exports to South Africa totalled $506 million. South Africa’s military is planning a joint military exercise with Russia and China on its east coast from February 17 to 27, potentially straining relations with Washington and European countries. It falls on the first anniversary of Russia’s invasion of Ukraine, which occurred on February 24, last year. However, South Africa’s main opposition party, the Democratic Alliance (DA), led a fact-finding mission to Ukraine in May 2022 and has frequently disagreed with his government’s position.”Russia’s expansion into Africa has been accomplished through ‘elite capture,’ in which pliable leaders are ensnared in long-term patronage schemes,” Steenhuisen claimed. “Fifteen African countries are currently involved in Russian-financed nuclear power deals, and many more have signed Russian security contracts.”

Shaik Uzma is an undergraduate, currently pursuing a law degree, five years, integrated BALLB honors program From. She is currently associated with Legal Research & Analysis as an intern of the prestigious Legal Journalism Programme, her astounding work has been recognized well in the organization, and she is indeed reliable for her swiftness and writing skills. Serving as the Campus Ambassador, and also anchors podcasts for Legal Research & Analysis, widely available on Spotify, Jio saavn, airtel wink music, amazon prime, etc. Legal Research & Analysis feels proud to have hosted such an emerging talent and wishes her luck and massive success in her future endeavors.
InRussia And South Africa Bilateral Trade, South Africa 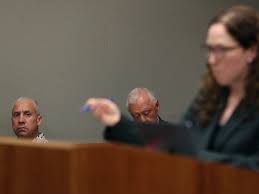 Previous post A native Hawaiian man has been released from a 130-year sentence after 25 years in prison amid new evidence. 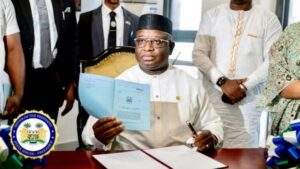