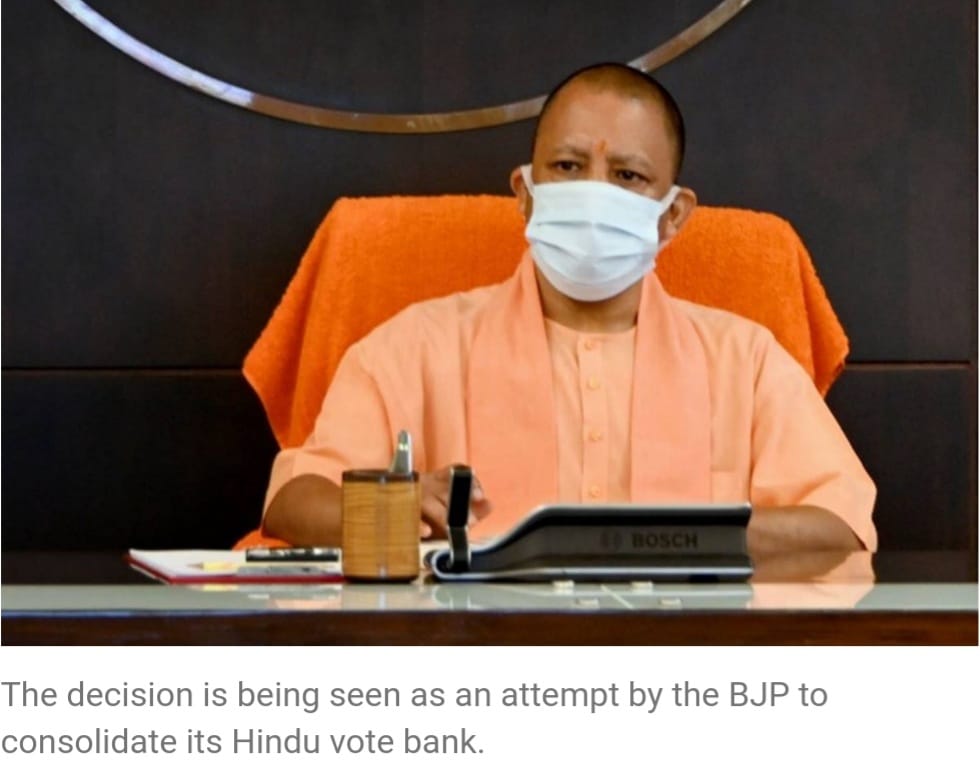 Ahead of the state assembly election next year, the Uttar Pradesh government has declared the 10 sq km area of Mathura-Vrindavan as a pilgrimage site. The BJP government has also banned the sale of liquor and meat in the prescribed area.

The decision was announced by the chief minister’s office today. It said that a total of 22 wards falling in the area have been declared as pilgrimage sites. “UP CM Shri Yogi Adityanath today declared a total of 22 municipal wards falling in 10 sqkm of the area, keeping Shri Krishna’s birthplace in the center of Mathura-Vrindavan, as a pilgrimage site,” said the CMO.

The decision comes 11 days after the CM announced a ban on the sale of liquor and meat in Mathura. Yogi Adityanath had announced the move on the occasion of Janmashtami (August 30) saying that the decision was taken after saints and political leaders from the Braj region urged him to ban the sale. CM Adityanath had advised those involved in the trade of meat or liquor to sell milk.

The decision is being seen as an attempt by the BJP to consolidate its Hindu vote bank. The saffron party is already banking big on Ram Temple in Ayodhya and the reservation move for the OBC voters. On the other hand, the opposition parties including the Samajwadi Party and the BSP are also working to woo the Brahmin voters besides their traditional vote bank of Yadavs and Dalits, respectively.

The Uttar Pradesh Assembly polls for 403 seats will be held early next year.