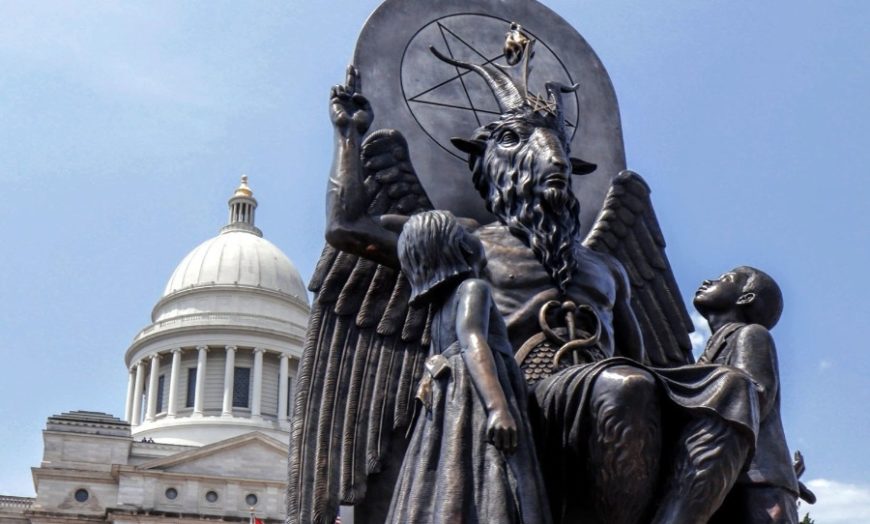 Religious group says its members should be exempt for religious reasons

Pro-choice advocates in Texas have been offered a faint ray of hope from a possibly unexpected source this week – Satanists.

Purportedly in the name of religious freedom, The Satanic Temple has hit back hard against the state’s recent institution of draconian anti-abortion laws.

The Massachusetts-based religious group has filed a letter with the US Food and Drug Administration to make the case that abortion is the faith-based right of its members.

The Satanic Temple argued that under The Religious Freedom Restoration Act (RFRA), which was created to allow Native Americans access to peyote for use in rituals, its members should be allowed to access abortion pills Misoprostol and Mifepristone without regulatory action.

Satanic Temple spokesperson, Lucien Greaves, said in a statement. “I am sure Texas Attorney General Ken Paxton—who famously spends a good deal of his time composing press releases about Religious Liberty issues in other states—will be proud to see that Texas’s robust Religious Liberty laws, which he so vociferously champions, will prevent future Abortion Rituals from being interrupted by superfluous government restrictions meant only to shame and harass those seeking an abortion.”

He added that Satanists hold bodily autonomy and science sacrosanct, and abortion “rituals” are an important part of those beliefs, reports Fortune.

“The battle for abortion rights is largely a battle of competing for religious viewpoints, and our view that the nonviable fetus is part of the impregnated host is fortunately protected under Religious Liberty laws,” he said.

The Texas Heartbeat Act, which came into effect on September 1, prohibits abortions after six weeks of pregnancy and empowers private citizens to sue anyone who “aids and abets” an abortion after that time.

The highly restrictive legislation makes no exception for pregnancies resulting from rape or incest but does allow exceptions in the case of certified medical emergencies.

Medical authorities have criticized the law’s inaccurate reference to a heartbeat, as an embryo does not have a developed heart at six weeks gestation.

In a statement released on Twitter, The Satanic Temple said: “Abortion laws in TX violate our religious rights and TST has taken legal action. If TX judges abide by the Constitution and legal precedent, then those who share our deeply held beliefs will be exempt from the state’s inappropriate efforts to restrict access to abortion services.”

The Temple of Satan, which was founded in 2013, has a record of activism. Its stated mission is: “to encourage benevolence and empathy, reject tyrannical authority, advocate practical common sense, oppose injustice and undertake noble pursuits.”