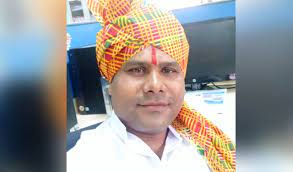 Secretariat Employee Dharma ‘faked His Death’ But Was Finally Caught By The PoliceHe wanted to earn money on his death, he dreamed of getting crores, and he sketched
accordingly, but in the end, he got stuck.

This is a Telangana secretariat employee Dharma case. At first, his plan was successful but then it went wrong. The police investigated the case and arrested Dharma and the accused who helped him.

As per the records, A car caught fire on the 9th of January near Tekmal in the Medak district, Telangana. An unidentified man was burnt alive in the car. During the police investigation, Dharmanayak, who was working as Secretariat ASO, was initially believed to have died in that car.

Everyone assumed that he had died in an accident when the car caught fire. However, as the police were investigating, a petrol bottle was found near the burnt car, so they concluded that it was not an accident. Dharmanayak, who is believed to be dead, was found to be in Pune and detained by the police. Sensational things came to light when he was interrogated.

Dharmanayak, who works as an ASO in the Secretariat, is addicted to bad habits. He lost heavily with online gaming and betting. He incurred debts of around Rs. 2 crores, and as he could not find a way to settle these debts, he made a huge sketch to pretend to be dead and get insurance of Rs. 7 crores.

As per records of police officials, Wanting to earn more money in 2018, Dharma invested in the share market. At first, there was a lot of profit. After that, due to the Corona and Ukraine wars, the stock market fell and suffered losses. He wanted to earn money anyway. So he has taken many insurance policies since the year for insurance money.

“In his name, nearly 7.4 crores insurance was taken by him. Dharma’s elder sister Sunanda, son-in-law Srinivas, wife Neela and son Minor all drew this sketch together. All five people have been arrested in the case,” said SP Rohini of Medak district.

She further said, “At first they(Dharma and other accused) searched for a person who looked like Dharma at the Nampally police station. There Dharma met a man named Anjaya. On January 7th they took him to Nijamabad by saying him that he had work to do there. They wanted to kill him anyway, but they let him go because Anjaya was drunk.

And then they brought a person named Babu from Nizamabad Railway Station. They changed his attire to religious clothes and shaved his head in Basara. He was brought to Venkatapur in the same car. When they reached near to the lake, they asked him to come to the car but he did not cooperate, so they attacked him with axes and sticks. As Babu died in this attack, his body was placed in front of the car, pushed into the lake, doused in petrol and set on fire.

Shaik Uzma is an undergraduate, currently pursuing a law degree, five years, integrated BALLB honours program From. She is currently associated with Legal Research & Analysis as an intern of the prestigious Legal Journalism Programme, her astounding work has been recognized well in the organization, and she is indeed reliable for her swiftness and writing skills. Serving as the Campus Ambassador, and also anchors podcasts for Legal Research & Analysis, widely available on Spotify, Jio saavn, airtel wink music, amazon prime, etc. Legal Research & Analysis feels proud to have hosted such an emerging talent and wishes her luck and massive success in her future endeavours.

current affairs Tags:Secretariat Employee Dharma 'faked His Death' But Was Finally Caught By The Police