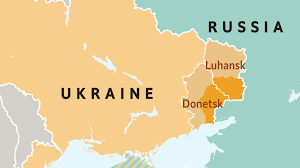 PRONOUNS MATTER to Russia’s President, Vladimir Putin. He likes to demonstrate his closeness to some world leaders by calling them ty, instead of the more formal Vy. Angela Merkel, Emmanuel Macron, Silvio Berlusconi, and Victor Orban are all referred to in this amicable way. But Mr. Putin has always maintained formality with his “dear friend” Chairman Xi Jinping. They have met 38 times, with the most recent encounter in Beijing on February 4th. Yet for all the etiquette, Mr. Putin and Mr. Xi are political twins. They share an autocratic outlook on world affairs and a deep commitment to the Sino-Russian relationship, which, they both have claimed, is at its warmest in history.

The relationship is one of the equals because Mr. Xi allows it to be. It is true that economically China and Russia are not in the same league. China’s economy is roughly six times the size of Russia’s. China is Russia’s top trading partner but Russia is not even among China’s top ten. Yet Mr Xi indulges Mr. Putin because Russia’s amity is a valuable asset for China. Russia is one of China’s very few true friends, and one of considerable international influence. This gives Mr. Putin a degree of leverage in the Sino-Russian relationship that is rather out of proportion to Russia’s economic clout.