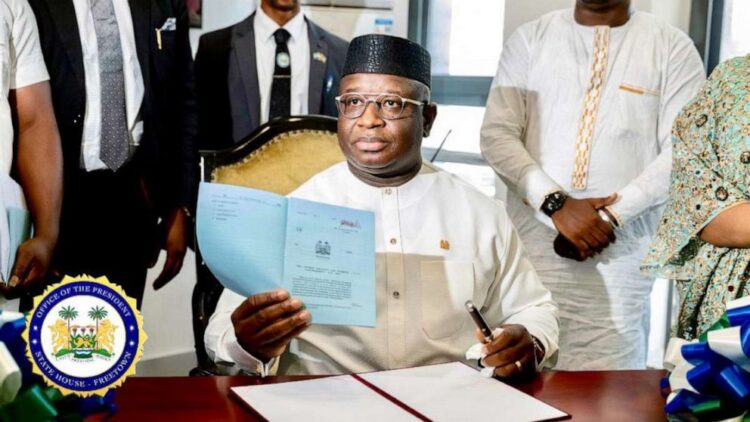 President Julius Maada Bio apologised to women for past mistreatment, saying, “For so long, we haven’t been fair to you.” According to the law, women must hold a minimum of 30% of positions in both the public and private sectors. Women have been “crying” out for this change “for years,” according to the Minister of Gender and Children’s Affairs. Many Tarawalli stated that the measure was significant to women in Sierra Leone and that no other sub-Saharan African nations had approved a similar statute.
According to Ms Tarawalli, the law informs girls who are still in school that “there are prospects for them in Sierra Leone for work for business” and for them to contribute to the economy.” Women also gain access to ringfenced top positions in the workplace, at least 14 weeks of maternity leave equal access to bank credit, and training opportunities under the new Gender Equality and Women’s Empowerment Act (GEWE). Employers who violate the new gender ratios face severe penalties, including heavy fines of £2,000 ($2,500) and even possible prison time for organisations like banks that do not provide equal access to financial support for women. This is believed to make it simpler for women to launch their own enterprises. Although a final choice has not yet been made, the government claims that the employment law will apply to any company with more than 25 employees.
The action, according to Ms Tarawalli, is “significant,” but “additional measures must be taken before the nation can say that equality between the sexes has been attained,” added. The minister stated that discrimination against women in the workplace is a “major issue” and that the new law will “alter the status quo.”
Sierra Leone must involve the 52% of its population who are women in the economy if it is to achieve middle-income status stressed Ms Tarawalli. Prior to the bill, the UNFPA noted that while “progress has been made in enhancing opportunities for women and girls,” “gender inequality and denial of women’s rights are nevertheless entrenched at all levels in Sierra Leonean society.”
Progress has been achieved in terms of gender equality across the continent, according to UN Women, but “the majority of women work in insecure, poorly paid employment with limited possibilities for promotion.”

Arundhutee Bhattacharya is an undergraduate, currently pursuing a law degree, five years, integrated BALLB honours program From, Amity University, She is currently associated with Legal Research & Analysis as an intern of the prestigious Legal Journalism Programme, her astounding work has been recognized well in the organization, and she is indeed reliable for her swiftness and writing skills. Serving as the Campus Ambassador, and also anchors podcasts for Legal Research & Analysis, widely available on Spotify, Jio saavn, airtel wink music, amazon prime, etc. Legal Research & Analysis feels proud to have hosted such an emerging talent and wishes her luck and massive success in her future endeavours.
InSierra Leone, Sierra Leone Govt Passes Ground-Breaking Law On Women’s Rights, women's right 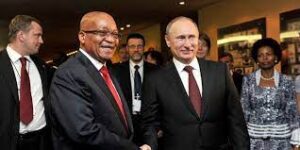 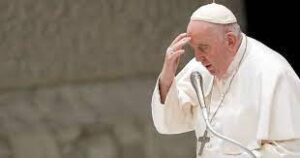 Next post Laws That Outlaw Homosexuality Are Deemed unjust By Pope Francis.