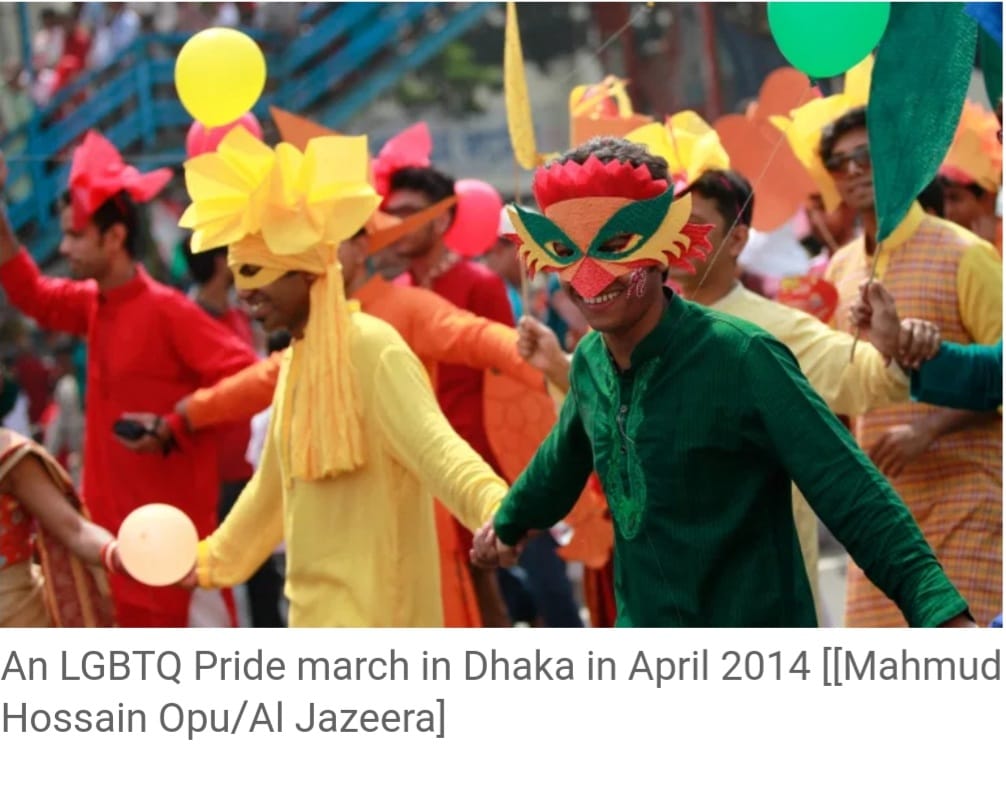 Court orders the death penalty for members of a banned group for the brutal murders five years ago.

Dhaka, Bangladesh – A court in Bangladesh has sentenced six members of a banned group to death and acquitted two others in connection with the murder of two LGBTQ rights activists five years ago.

Xulhaz Mannan was the editor of Bangladesh’s first and only gay rights magazine, Roopban. Mahbub Rabby Tonoy was his friend and associate.

The two were hacked to death at their apartment in capital Dhaka on April 25, 2016, by the men belonging to Ansar al-Islam, a group banned by the Bangladesh government the previous year. Officials say the group is a local affiliate of the al-Qaeda group.

Amid tight security on Tuesday, Judge Md Majibur Rahman of the special anti-terrorism tribunal pronounced the verdict in the presence of four of the eight accused in a packed courtroom in Dhaka.

Those sentenced to death include former army officer Syed Ziaul Haque Zia, who officials say is the chief of the banned group.

Zia and Akram are on the run and were tried as fugitives, while two other suspects – Sabbirul Hoque Chowdhury and Zunaid Ahmed – were acquitted.

Verdict ‘to set an example’

The six, wielding guns and machetes, had forced their way into Mannan’s home in the Kalabagan area of central Dhaka and murdered him and Tonoy.

While pronouncing the verdict, Judge Rahman said the punishment will “set an example” that Bangladesh does not tolerate “militancy or terrorism in any form”.

Five of those convicted had already been sentenced to death in February for the 2015 murders of a blogger and a publisher who were hacked to death in separate incidents.

Mannan’s brother Minhaz Mannan Emon, who had filed the case against unidentified assailants after the murders, told Al Jazeera he was happy that the “law enforcers have been able to find my brother’s killers”.

“Though we are not going to get Xulhaz [Mannan] back, it’s a consolation for us that the killers have been handed the maximum punishment,” Emon said.

Defense lawyer Khairul Islam Liton told Al Jazeera they would appeal against the verdict in a higher court.

In 2014, he along with Tonoy set up the magazine to spread tolerance and raise awareness about LGBTQ rights.

Tonoy, 26, was also involved with a theatre group in the capital and used to teach drama to children at an organization called the People’s Theatre.

On the anniversary of their murders earlier this year, the US Department of State issued a statement, saying they “were murdered for their courageous work on behalf of marginalized communities in Bangladesh”.

The attack on the two activists was among a series of assassinations of secular activists, bloggers, academics, and religious minorities perpetrated by the Ansar al-Islam group between 2013 and 2016.

In those three years, members of the group, who claimed affiliations with ISIL (ISIS) and al-Qaeda, killed or injured more than 50 people in Bangladesh.

Often, they attacked in broad daylight with machetes or crude homemade firearms.

Exiled Bangladeshi journalist and LGBTQ rights activist Tasneem Khalil told Al Jazeera that by killing Mannan and Tonoy, the violent group was “able to kill the nascent LGBT rights movement” in the country.

“Today’s verdict does not change the fact that in Bangladesh, where homophobia remains the norm, thousands of gay men live in constant fear and ostracization,” Khalil said.

“Xulhaz and Mahbub’s work for the recognition and protection of LGBT rights in Bangladesh must be continued.”

Homosexuality is illegal in Bangladesh, whose law allows life imprisonment for “unnatural intercourse”.

In December 2008, the Muslim-majority country was among 59 nations that opposed the recognition of LGBTQ rights by the United Nations.

Meenakshi Ganguly, the South Asia head of Human Rights Watch, said the killings of Mannan and Tonoy occurred amid “a spate of attacks to curb the freedom of speech and belief because it offended some”.

She said the Bangladesh government should “respond to this terrible and deadly assault to do much more to uphold free speech rights and the rights of the LGBT community”.

Ganguly, however, added that the death penalty is “inherently inhumane and cruel, and should be abolished by all countries”.