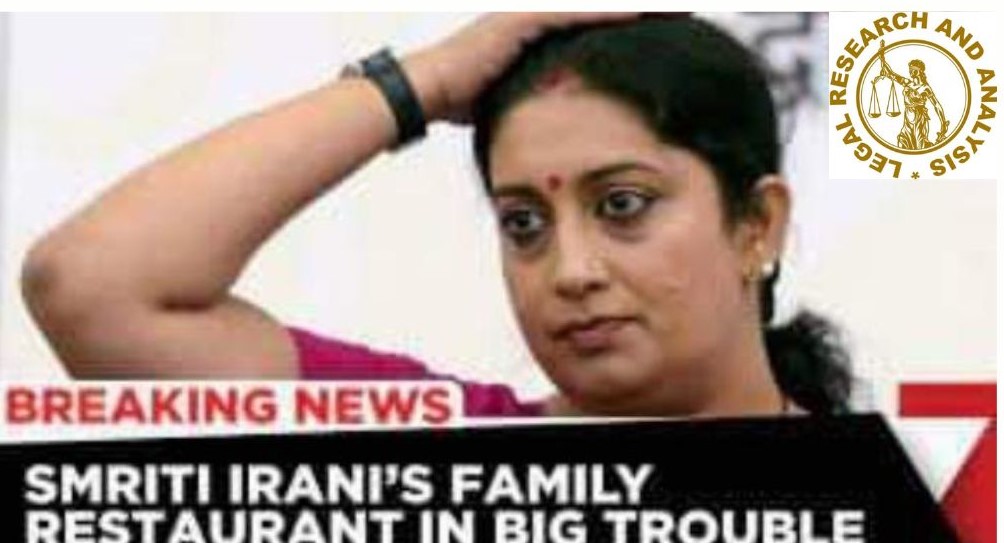 The Upmarket Silly Souls Café and Bar, purportedly run by Union Minister for Women and Child Development Smriti Irani’s family at Bhouta Vaddo in Assagao Village, has been served with a show cause notice by the Goa Excise Commissioner for illegally obtained liquor licenses.

A thorough investigation into this alleged fraud, which was aided and abetted by Smriti Irani’s family in collaboration with Excise officials and the local Assagao Panchayat, is required.

Though the Excise rules in Goa allow a Bar license to be issued only to an emerging restaurant, the Excise department issued a license for the retail sale of Foreign liquor for consumption within the premises on February 18, 2021.

In flagrant violation of the law, along with another license for the retail sale of Indian Made Foreign Liquor and Country liquor to the outlet. These liquor licenses were issued in the absence of a restaurant license, which is required by law.

The Excise department issued the licenses in the name of one Mr. Anthony Dgama, who, according to the Aadhaar card he forwarded, was a resident of Mumbai on December 30, 2020.

Excise licenses were approved for this sprawling 1200 sq. stuffed toy premises, which is reportedly run by Smriti Irani’s family in flagrant violation of the law.

Last month, on June 29th, the local Excise office renewed those licenses in the name of Anthony Dgama, although he died last year on May 17th, 2021, according to the death certificate issued by the Municipal Corporation of Mumbai.

An investigation into the constitutionality of all properties, including the Benami properties purchased in Goa by Smriti Irani as well as other central leaders, is also required. It’s past time to say have had enough.