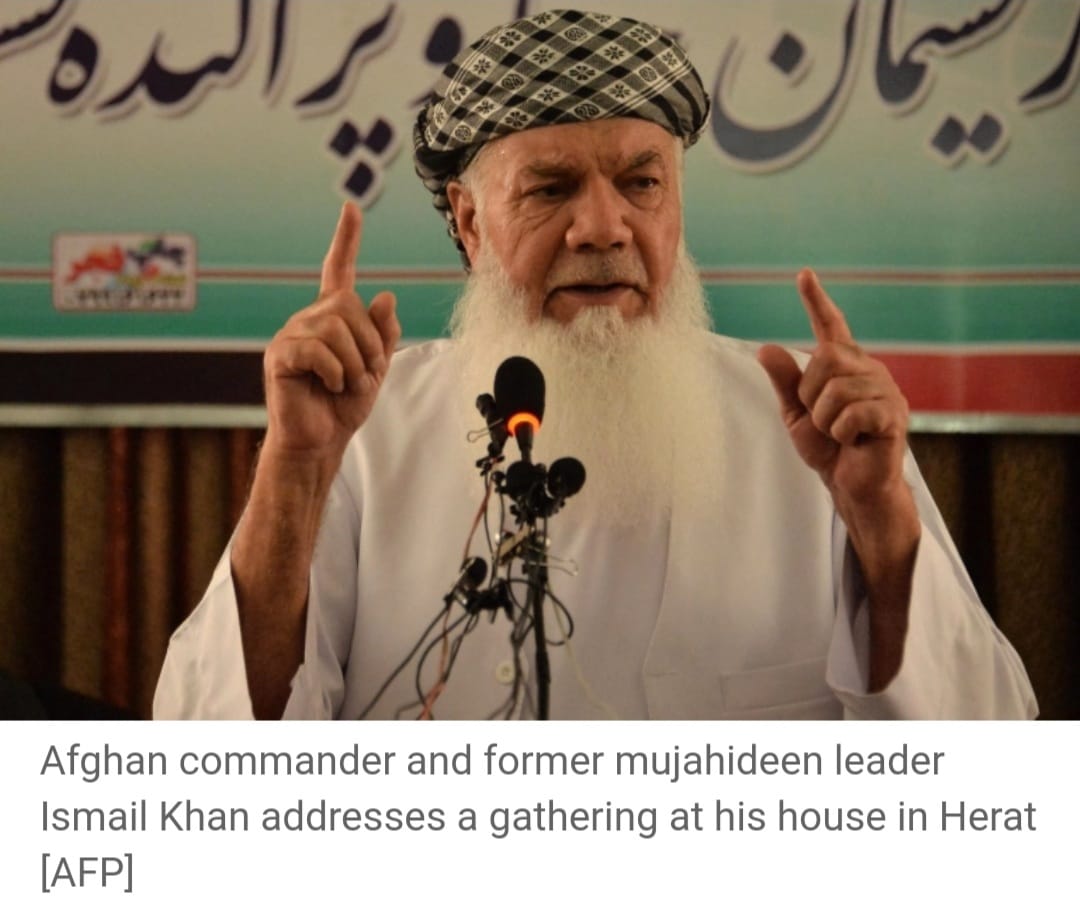 The ‘Lion of Herat’ returned to the front lines in the western city last month amid the growing threat from the Taliban.

The Taliban has captured Ismail Khan – the prominent local commander who fought on behalf of the Afghan government in the city of Herat.

Khan, who was one of the highest-profile commanders fighting for the Afghan government, was handed over with the provincial governor and security officials as part of an agreement with the Taliban, said provincial council member Ghulam Habib Hashimi on Friday, according to Reuters news agency.

He gave no further details of the agreement.

Khan’s capture, which was later confirmed by Taliban spokesman Zabihullah Mujahid, comes amid an offensive that has seen 18 provincial capitals fall from government control in just over a week.

Taliban fighters entered the city of Herat, a major urban center in Afghanistan’s west near the border of Iran and the country’s third most populous city, on Thursday.

Photos and videos showing Khan, believed to be in his 70s, apparently in the hands of Taliban fighters, were widely shared on social media, although they could not immediately be verified.

A spokesman for Khan later told AFP news agency the commander had been allowed to return to his residence following negotiations with the Taliban.

Khan is widely known as the “Lion of Herat”, with his involvement in the country’s wars stretching back to the anti-government uprising that helped trigger the 1979 Soviet intervention, which he fought against throughout the 1980s.

His return to the front lines in July was a clear sign of the growing threat to the city, and his fighters had been credited with blunting the advance of the Taliban.

One official told Reuters that Afghan government forces had agreed to withdraw from Herat airport, 15km (nine miles) from the city, and the Army Corps commander’s headquarters, the last centers under their control.

However, other sources said Afghan forces were still at the airport as of 1 pm local time (08:30 GMT) on Friday.

“The Taliban agreed that they will not pose any threat or harm to the government officials who surrendered,” said Hashimi.

He added the city had become a “ghost town” amid the fighting. “Families have either left or are hiding in their houses,” said Hashimi.