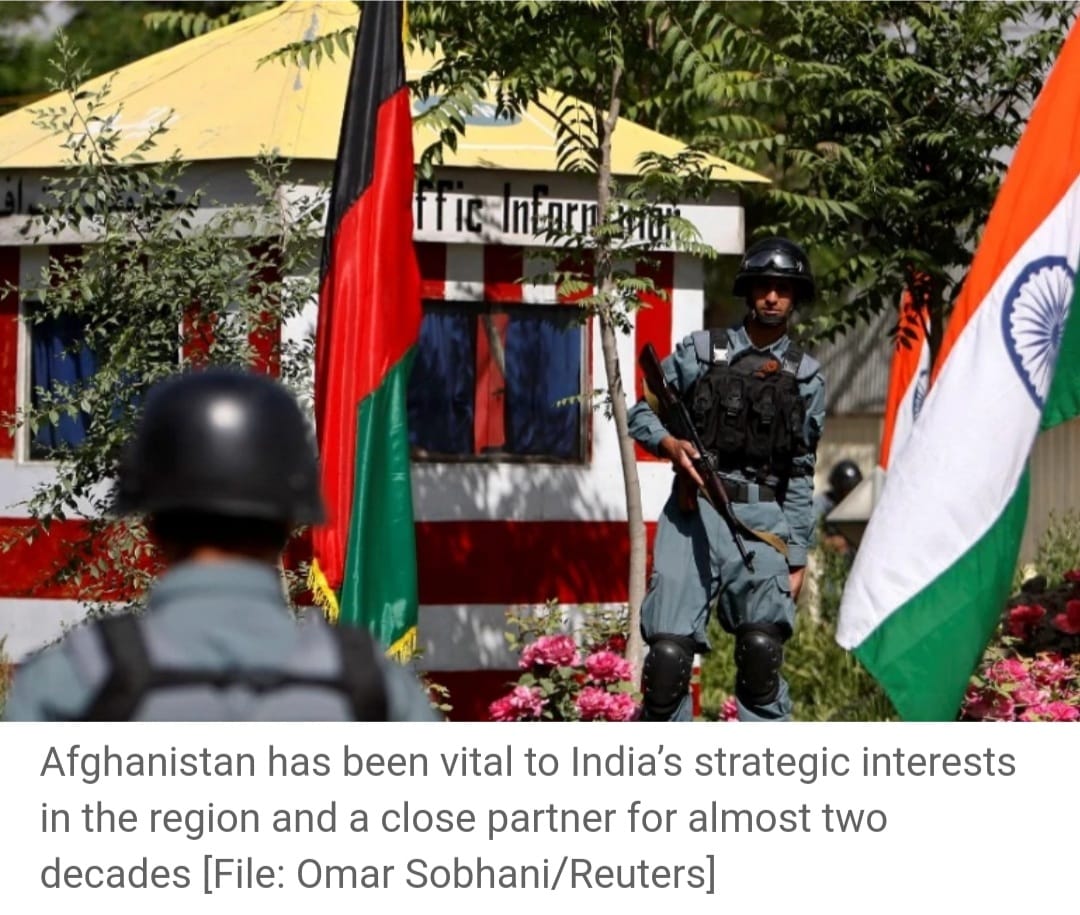 Analysts say the Taliban’s return to power is a major setback for India, which cultivated close relations with the outgoing government.

The Taliban’s return to power two weeks ago has caused a major diplomatic setback for India, with the South Asian giant now one of the region’s “most disadvantaged” players, analysts say.

Within weeks, the Taliban took over the country in a stunning military sweep, as US-led foreign forces were on their way out after 20 years – ending the country’s longest overseas war.

President Ashraf Ghani, with whom New Delhi had cultivated a close relationship, fled the country as the Taliban surrounded the capital, Kabul.

The sudden collapse of the Western-backed government in Kabul on August 15 precipitated an unprecedented exodus of diplomats, foreign aid workers, and Afghans who worked for Western countries and feared reprisals from the Taliban.

India was among the nations that closed their missions in Afghanistan and brought back their staff and citizens. It is still trying to evacuate some citizens left behind amid chaotic conditions at the Kabul airport.

India, under Operation Devi Shakti, has already evacuated more than 800 people from Afghanistan after Kabul was captured by the Taliban.

On Thursday, it could evacuate only 24 of its citizens along with 11 Nepalese nationals in a military aircraft – not the more than 180 it had planned – as others could not reach the airport to board the aircraft.

New Delhi invested $3bn in development projects, offered scholarships to Afghan students, and helped construct the parliament building at a cost of $90m, earning huge goodwill in the country of 38 million.

Last year, during the 2020 Afghanistan Conference, India’s External Affairs Minister Subrahmanyam Jaishankar said no part of Afghanistan was “untouched” by the “400-plus projects” that India had undertaken in all 34 provinces of the country.

Bilateral trade between the two countries had also increased significantly over the years and reached $1.5bn in 2019-2020.

India, which sees the Taliban as a proxy of its archrival Pakistan, had maintained close ties with the Northern Alliance, which defeated the Afghan armed group in 2001 with the help of the US-led NATO forces.

“India has gone from being Kabul’s closest regional partner to one of the region’s most disadvantaged players in an Afghanistan context,” said Michael Kugelman, deputy director of the Asia program at the US-based Wilson Center.

Echoing similar sentiments, Happymon Jacob from New Delhi’s Jawaharlal Nehru University, said: “I think India seems to be out of the game in Afghanistan.”

He told Al Jazeera in the last 20 years India played a positive role in Afghanistan, but at present India’s diplomacy was almost “non-existent” in the country and its stakes have “dramatically decreased”.

‘Too late in reaching out to the Taliban’

Some foreign policy mandarins have pointed out India was too late in reaching out to the Taliban to secure its interests, as reports emerged that Indian officials met the Taliban in the Qatari capital, Doha, in June. The Taliban established a political office in Doha in 2013.

Kugelman said two factors went against New Delhi: “India’s reluctance to reach out to the Taliban until it was too late, and an ill-fated Afghan reconciliation process with a deep Pakistani footprint, owing to its ties to the Taliban.”

The Afghan reconciliation process was an outcome of the agreement between the Taliban and the US signed in February 2020.

“One deprived India of potential leverage, and the other put New Delhi at a geopolitical disadvantage,” Kugelman told Al Jazeera.

India has been wary of the Taliban, given its proximity to Pakistan’s military spy agency the Inter-Services Intelligence (ISI), while Islamabad has accused New Delhi of using Afghan soil to “carrying out terror activities”.

“Afghanistan will now have a pro-Pakistan government, and this will give Pakistan and India’s other key rival, China – Pakistan’s close friend – an opportunity to play more of a role in Afghanistan.

“There will also be security risks, because the Taliban takeover will galvanize regional militants, including anti-India terror groups.”

During its first stint in power, from 1996-2001, the Taliban faced international isolation as it was recognized by only three countries – Pakistan, Saudi Arabia, and the United Arab Emirates.

But things seem to be different this time as regional powers such as China, Russia, and Iran have indicated they may work with the Taliban to secure their interests.

India’s former External Affairs Minister Kunwar Natwar Singh, last week in an interview suggested New Delhi should establish diplomatic ties with the Taliban if it functions as a “responsible government”.

But India’s former ambassador to Afghanistan, Gautam Mukhopadhaya, said the situation is still evolving and nothing has crystallized yet.

“We don’t even have a transitional administration yet [in Afghanistan],” he told Al Jazeera, adding the Western-backed Islamic Republic of Afghanistan is still the recognized government of the country at the United Nations.

“I think for the time being we have to wait and watch.”

Kugelman, however, said India’s only option in Afghanistan is to try to reach out to the Taliban again, as “unpalatable a choice as that may be”.

“At a minimum, establishing informal links with the Taliban government would put New Delhi in a stronger position to ensure that its assets and investments in Afghanistan aren’t imperiled,” he said.