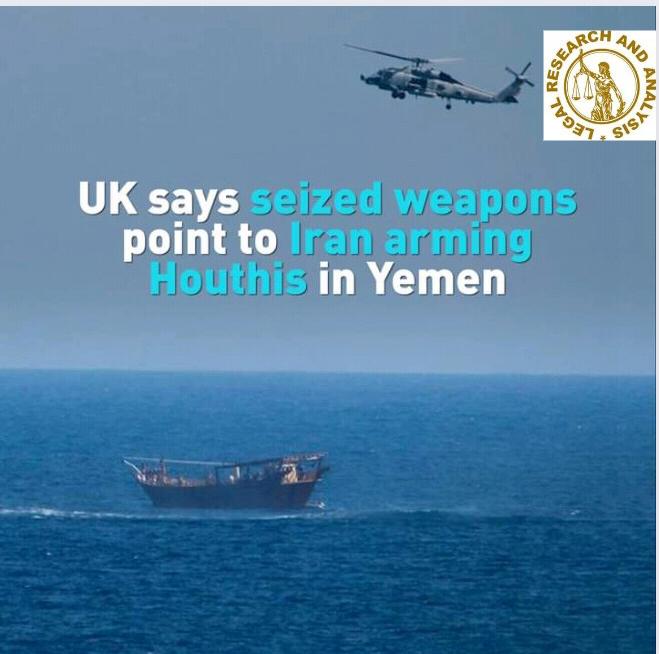 Amid concerns over Iran’s nuclear program and Tehran’s backing of Yemen’s Houthi rebels, the 5th Fleet of the U.S. Navy, located in the Middle East, has started to pay incentives for intelligence that could assist sailors in intercepting weapons, drugs, and other illegal shipments across the area.

The 5th Fleet’s decision to offer money and other goods in exchange for valuable data in the Persian Gulf as well as other corporate strategy waterways, while avoiding specifically mentioning Iran, may put more pressure on the Houthis’ ability to obtain weapons while a shaky cease-fire in Yemen continues to hold.

Although the Iranian-backed forces have not yet launched an attack on the Navy, the Houthis have already attacked a new allied task group that the 5th Fleet has created in the Red Sea. The 5th Fleet claims that it and its allies alone captured $500 million in drugs in 2021, which is more than they did in the previous four years combined. In the same time frame, the 5th Fleet also seized 9,000 weapons, which is three times more than were confiscated in 2020.

According to Cmdr. Timothy Hawkins, a 5th Fleet official, “Any disruptive activity has our attention.” “Undoubtedly, we have observed a sharp increase in the success in the recent year in capturing both illegal drugs and unlawful firearms.

This is a new step in our efforts to strengthen marine security in the region. Hawkins claimed that a hotline would be staffed by operators who were proficient in Arabic, English, and Farsi and that the Navy would also accept tips online in Dari and Pashto. According to Hawkins, rewards for tips that include knowledge of upcoming assaults aimed at Americans might reach $100,000 or equal in cars, boats, or food.

Uncertainty exists on whether the increase in seizures by the 5th Fleet is a result of shipping picking up again following the coronavirus outbreak or an increase in the total volume of illegal cargo in the area. Drug and weapon traffickers frequently use stateless dhows, classic wooden sailing vessels popular in the Middle East.