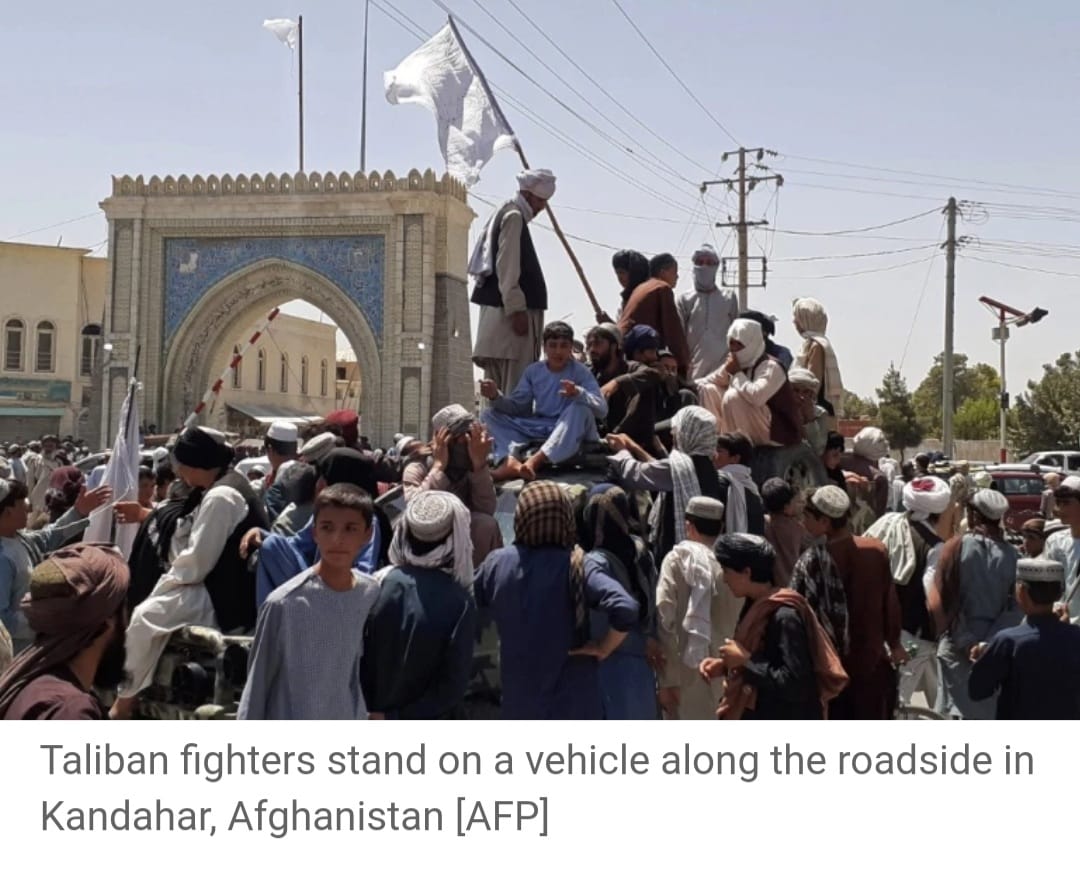 Residents of Herat and Kandahar express shock and anger at the swift fall of their cities to the Taliban.

Kabul, Afghanistan – Residents in Herat and Kandahar say they cannot believe how quickly both cities fell after the Taliban’s weeks-long effort to take two of Afghanistan’s largest cities.

“They literally sold us out, there was no government resistance,” one female resident of Kandahar told Al Jazeera, fighting back tears late on Thursday evening.

“I never imagined that Kandahar would be taken so easily,” she said echoing a sentiment made by Afghans across the country when the Taliban was blazing through the districts since it stepped up an offensive in May after the United States began the final withdrawal of its forces from the country.

A supporter of a local anti-Taliban militia known as an “uprising force” in the western city of Herat agreed.

“The fact that all these places are being handed over, watch: Kabul and Mazar-i-Sharif will be next,” he said referring to two of the last remaining big cities still in government hands.

The Taliban has taken control of 18 of Afghanistan’s 34 provincial capitals since August 6.

In the week since the Taliban took its first provincial capital, no government official, including President Ashraf Ghani, has publicly admitted to losing a single province.

For many people, the back-to-back falls on Thursday of Kandahar and Herat, the nation’s second and third largest cities, was a turning point in an increasingly violent battle between the forces of the Kabul government and the Taliban.

“I still can’t believe how this happened,” said one government worker from Herat who currently resides in Kabul.

There was also curiosity on the first official day of Taliban control in Herat and Kandahar.

One resident in Herat said that early on Friday morning, people went out to “see the Taliban”. Online videos showed crowds of people gathered in the streets to catch a glimpse of a group they had not seen in the city in 20 years.

In Kandahar, a young man in his 20s said the group was in a celebratory mood, firing bullets into the air to signal its success.

But a journalist in Kandahar said the celebrations did not last long, and the group soon started to harass residents and raid houses.

“They went from house to house asking who lived there, and if so-and-so who was part of the security forces or the government was there,” the journalist said. He added that they came to his family’s house thinking a government deputy lived there.

He is now hiding in another part of the city; afraid he too will be targeted for working in a shop near a foreign forces base before working with the media.

These searches have brought back memories not only of the Taliban’s five-year rule but the communist practice of raids into people’s homes searching for any evidence of what the Marxist governments of the 1970s would consider incriminating.

“My uncle informed us to hide anything which provokes them because they checked their house and keep checking other houses,” said a young man in Kandahar who says his family is simply trying to keep from drawing attention to themselves.

One resident said the group searched their home and seized all the guns and vehicles.

Kandahar residents speaking to Al Jazeera said the raids mostly focused on people suspected to be part of the government, but that people living nearby potential targets also feared having their homes searched.

“I feel they have very strong intelligence and an actual list,” said one resident who did not leave their home in the city for fear of provoking the group’s ire.

Another Kandahari youth put the group’s actions much more simply: “They are the same Taliban I’ve been cursing all my life.”

In Herat, the story was eerily similar. After a brief celebration, the armed group started to look for people reportedly named on the lists of influential people and government workers.

A politician who lives in Kabul, away from the family in Herat, said she fears the group will find her family in the city and target them.

“All night, all I could think about was our house, my father, my mother, what if they are taken because of me?”

As the group’s actions in the cities continue to mirror what was occurring in the districts in weeks prior, even those who want to flee are unable to. Flights in and out of both cities have been grounded, with no date for a resumption insight.

By the evening, the Taliban was back in joyous spirits as it celebrated the triumph in Kandahar by filling the air with the shots of celebratory gunfire once again.