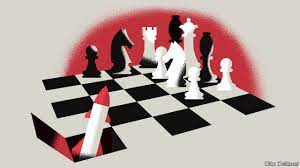 Today marks 19 years since “the fall of Saddam’s Statue”.

A colossal statue of former Iraqi President Saddam Hussein was toppled by Iraqi civilians and American soldiers in Firdos Square in a highly symbolic act — and perhaps the most historic moment of the US invasion of the country.

As US tanks rolled into the Iraqi capital, Baghdad, hundreds of civilians swarmed the statue and cheered as it lay on the ground, celebrating the end of Saddam Hussein’s 24-year rule.

The toppling of the statue, which stood five metres tall and was cast in bronze, was broadcast live around the world and came to represent Western victory and the triumph of the US-led ‘Operation Iraqi Freedom.’

But was that the truth?

In 2003, US forces invaded Iraq to destroy Iraq’s alleged cache of weapons of mass destruction.

However, although the invasion resulted in regime change, 19 years after the war began, the most lethal weapons ever devised have yet to be discovered.

Despite all this, the war that ensued cost the lives of over tens of thousands of Iraqis.

And almost two decades after the US-led invasion, Iraq is still struggling with political instability.