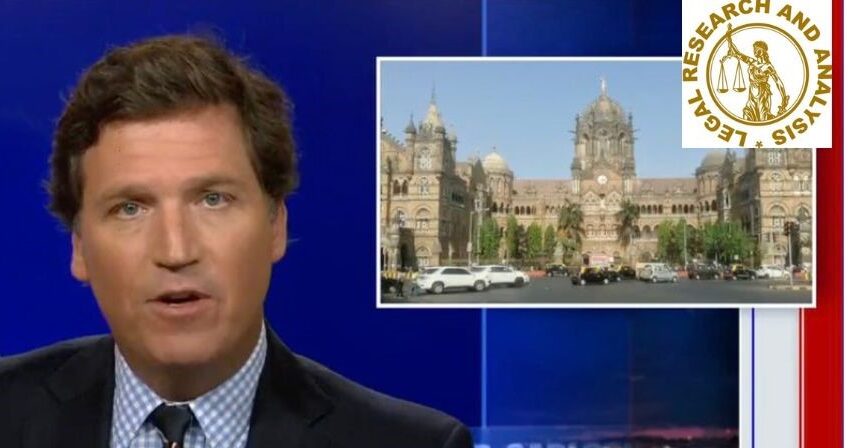 “After 75 years of independence, has that country[India] produced a single building as beautiful as the Bombay train station that the British colonialists built?

No, sadly, it has not.” On FOX News, Tucker Carlson defended the British Empire on his talk show after the Queen’s death.

He said “the British Empire was more than just genocide” and openly praised that the English “took their colonial responsibilities seriously.” Tucker Carlson said the British colonists left an “entire civilization, a language, a legal system,” and infrastructures in India.

According to Indian history, British colonizers built railways to exploit India’s natural resources, using money from Indian taxpayers. Moreover, many historical signs have text with “Dogs and Indians not allowed,” reflecting some indelible and crucial nature of colonization.

Today, the world’s most famous diamond from India, the Koh-i-Noor or “mountain of light,” is still on the front of the crown of the British monarch.

In fact, India has one of the oldest civilizations, its own languages, and numerous architecture that can represent its culture before and after the British colonization.

Moreover, India surpassed the UK to become the world’s 5th largest economy in 2022 after 75 years of independence. Meanwhile, the UK is facing the fastest inflation in 40 years along with rising risks of a recession.