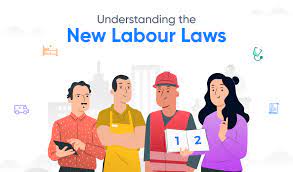 Parliament on Wednesday passed the three labour code bills – the Occupational Safety, Health And Working Conditions Code, 2020; the Industrial Relations Code, 2020; and the Code on Social Security, 2020 – merging 24 central labour laws in a major boost to labour reforms. The National Democratic Alliance government has now merged 29 central laws into four codes. In August 2019, Parliament had passed the first of the codes, the Wage Code.

The Industrial Relations Code, 2020, bring new rules for hiring and firing of labor in mid-sized and large industries, making retrenchment easier. This effectively brings the “north American hire-and-fire model to the Indian hinterland economy in the hope that businesses recoup and add more jobs on a net basis,” said labour economist KR Shyam of XLRI, Jamshedpur.

How will the three codes impact workers?

The reforms allow industries flexibility in hiring and retrenchment. They will make industrial strikes more difficult by clamping new conditions and also expand the social security net for both formal and informal workers.

What are the changes in hiring-firing rules?

Under the Industrial Relation Code, the government has allowed companies with up to 300 workers to fire workers or shut plants without the prior approval of the government. Hitherto, prior approval had been required. Firms with more than 300 workers need to still apply for approval. However, if the authorities do not respond to their request, the retrenchment proposal will be deemed to be approved. Earlier labour laws required a 30- to 90-day notice period before retrenching “workmen”, which is a class of mainly shop floor workers. In the case of manufacturing units, plantations, and mines with 100 or more workmen, lay-offs also required government approval. To be sure, 90% of India’s workforce, which is employed in the informal sector, won’t be affected by these changes.

What’s the economic rationale for this?

Economists have long argued that India’s outdated labour laws need change. Stringent hiring-firing rules applied to firms with over 100 employees, making it virtually impossible to lay off workers. This adversely acted as an incentive for smaller firms to stay small so they could escape the rules. According to the World Bank, with less restrictive laws, India could approximately add on an annual basis “2.8 million more good quality formal sector jobs”.

How does it affect workers’ right to strike?

The Industrial Relation Code lays down new conditions on the right of workers to go on strike. Unions will now have to give 60 days’ strike notice. If proceedings are pending before a labour tribunal or the National Industrial Tribunal, workers cannot go on a strike for 60 days after they are concluded. These conditions apply to all industries. Earlier, workers could go on strike by giving between two weeks and six weeks of notice. Flash strikes are now outlawed.

What are the new workplace safety rules

The Occupational Safety, Health and Working Conditions Code, 2020, amends laws regulating occupational safety, health and working conditions of employees. The code empowers a state government to exempt any new factory from the provisions of the Code to create more economic activity and jobs. It fixes the maximum daily work limit at eight hours a day. Women will be entitled to be employed in all establishments for all types of work and in case they are required to work in hazardous or dangerous operations, the government may require the employer to have adequate safeguards in place prior to employment.

Has the social safety net widened?

Yes. The Code on Social Security, 2020 promises universal social security for the first time, including for both organized and informal workers as well as gig and platform workers. The government, the code states, shall formulate and notify, from time to time, suitable welfare schemes, including schemes relating to “provident fund; employment injury benefit; housing; educational schemes for children; skill upgradation of workers; funeral assistance; and old age homes”. The government can tap corporate social responsibility funds (within the meaning of the Companies Act, 2013) or any other such source as may be specified in the scheme. The social security code lays down the setting up of a National Social Security Board to recommend to the central government suitable schemes for unorganized workers.