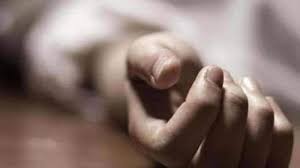 Upset over not getting a new phone on birthday, Jaipur teen dies by suicide
The 18-year-old had demanded a new mobile phone on her birthday, to which her father promised to get it after her Class 12 results.

An 18-year-old girl allegedly hanged herself to death in the Sodala area of Jaipur on Friday after she was not given a new mobile phone on her birthday for playing PUBG.

Speaking to ANI in this regard, Jaipur Superintendent of Police Raj Kumar Gupta said, “An 18-year-old student of Class 12 celebrated her birthday on February 13. On the occasion, she demanded a mobile phone from her parents for playing PUBG. Her father assured her of buying a new phone after her Class XII exams get over.”

“It is believed that the child felt unhappy knowing this following which she opted to die by suicide,” he added.

Further probe into the matter is underway.

Surprise
0 0 %
current affairs Tags:Jaipur teen dies by suicide, Upset over not getting a new phone on birthday