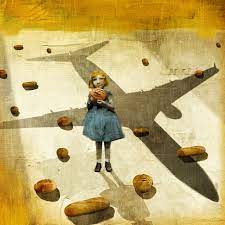 Bread in Ukraine: why a loaf means life

When war hits the breadbasket of Europe, even crumbs can bring comfort

Nine days after the bakery bomb, more people died as they queued for bread farther north in Chernihiv. The city was under heavy bombardment and later encircled by Russian forces, but where bread was concerned there was no question that citizens should continue to go out with shopping bags and stand in a line, easy victims. How else could they obtain the very stuff and staff of life, the food a hungry human first thinks of? In other towns, bread was being delivered by busy volunteers. Around the same time, the mayor of the village of Hostomel was shot dead as he distributed bread to residents. He was handing out medicine, too. In terms of comfort and reassurance, there is not much difference

The Ukrainian flag is really an abstract landscape: a cobalt sky – perfect harvest weather – above a yellow wheatfield

Meanwhile, the bakers of Ukraine have been working harder than ever. Brick-shaped and flute-shaped loaves have been layered like munitions into rattling metal trays, part of the war effort. In Kherson, one man has been working 20 hours a day, producing thousands of loaves of “Victory Bread” to hand out from his truck round the streets of the beleaguered city. At a certain point he was kneading dough so long and so hard that his wrists seized up and he couldn’t open doors. Why this extraordinary effort? Because bread, he explained, is visceral to Ukrainians.

In Ukraine, people have been baking since the dawn of time. The very aroma of the crust stirs a deep feeling for the Motherland, a love of the earth in which the wheat and rye seeds germinated. The Ukrainian flag, after all, is really an abstract landscape: a cobalt sky – perfect harvest weather – above a yellow wheatfield.
The importance of bread to Ukrainians, both physically and spiritually, has been clear far beyond the country. Refugees reaching Poland are given a warm drink and a piece of simple, ungarnished bread. In Parabiago, outside Milan, Matteo Cunsolo is making and selling “peace bread” in the colours of the Ukrainian flag. In shape it is much like Makariv bread, a heavy oblong, different from anything Italians themselves eat; the bottom half is stained with saffron, the top coloured blue with an infusion of the butterfly-pea flower. Meanwhile the Bakehouse in Kyiv, which is handing out thousands of loaves to residents, is being supported by Proof Bread of Mesa, Arizona, to buy flour and yeast.

Food supplies are crucial in any conflict, but the role played by bread in this most modern war is striking. This is partly metaphorical: bread easily becomes a synonym for all food. In the desert, the devil asked a fasting Christ to turn stones into bread to prove his might; later, bread represented Christ’s own body, the simplest possible symbol of nourishment and salvation. In Leonardo’s great fresco “The Last Supper”, the table is strewn almost decoratively with little round loaves that suggest, better than anything, the common joy of shared meals. A “companion” is a person with whom we eat bread in togetherness and, ideally, peace.
The primacy of bread in this war also reflects hard economics. Before the invasion, Ukraine provided 12% of all the world’s wheat imports. The biggest of those importers, Egypt – sitting at the edge of the desert that was once Rome’s breadbasket – gets 80% of its wheat imports from Russia and Ukraine, since the same crop-favouring soil underlies both countries and should, in a perfect world, make them brothers. The war – rising flour prices as well as those of wheat – has raised the price of balady bread, Egypt’s staple, on the streets of Cairo. (The government, fearful of unrest, has since fixed the cost of balady bread.) 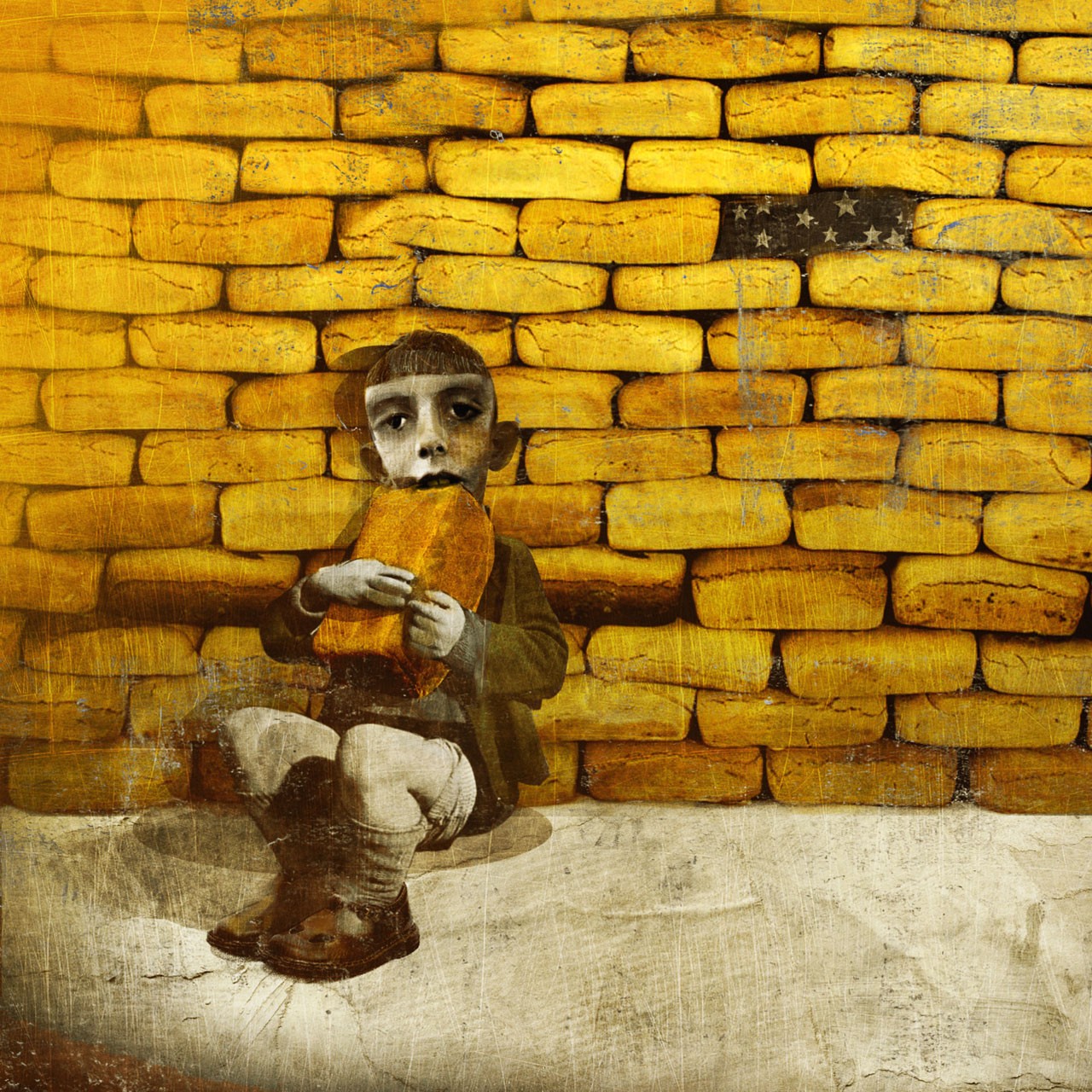 The crisis must spread wider, since bread is a staple almost everywhere. The same basic ingredients, flour, water and salt, make the chapatis of India and the pitas of Palestine, the limp sliced white of British supermarkets and the superbly crusty baguettes of France. “Pain industriel”, the French dismissively call it though, like most of the others, they would seldom dream of a meal without it.
Bread can be made in minutes or proved over days, stowed in an airing cupboard among blankets and sheets; the very word in most languages is brief and direct, but its quality is patience. It takes kneading, pulling and pounding with no complaint, only to sit humbly at the side of things, eclipsed by a ragout of beef or a Victoria sponge. Bread has played this servant-role since time immemorial. Hungry children were silenced with sodden bread in milk, beggars with a crust still carrying the gritty ashes of the oven. Medieval diners, too, used slices of bread as combination plates-and-sauce-sponges, just as naan or Ethiopian injera are used today.

Small wonder, then, that the lack or expense of bread has caused riots in the past. There was once no sharper indicator of class divides than bread: fine white wheat bread for the rich, rough bran or barley for the poor. The weirdly unsalted bread of Tuscany is a relic partly of resistance to a salt tax that would have raised the price. The French revolution was part-ignited by lack of bread, hence Marie Antoinette’s unhelpful remark about eating cake instead. The Economist itself sprang in 1843 out of protests against the protectionist Corn Laws that starved the poor of what they needed most.
Our attitude to bread in the pampered parts of the West is now completely different: no longer simple, but gluttonously complex. It has become “breads” in the plural, because that summons up a picture (the reverse of the historical one) of a groaning, glossy shelf of sourdough, rustic sungrain, chewy brown and seeded malt, poor man’s bread made newly sophisticated. Loaves come studded with walnuts, rosemary, cheese and sundried tomato, and I love every one of them. Where bread is not turned into an expensive, niche product, it is demonised as a cause of obesity: giving it up (in my experience, too) is the only foolproof way to squeeze into that beautiful dress that no longer fits.
But the war in Ukraine has reminded me forcefully that bread, simple and unadorned, is above all else a necessary thing. The loaves that are being baked there are not fancy. Images suggest that for the sake of speed, efficiency and urgency, they are almost all the same rectangular shape. And, certainly in areas under direct attack, they are being distributed for nothing. Bread in Ukraine has long been a national symbol. Now it has also retrieved its ancient symbolism of generosity and community, life and love.

Surprise
0 0 %
War in Europe Tags:Bread in Ukraine: why a loaf means life When war hits the breadbasket of Europe, even crumbs can bring comfort