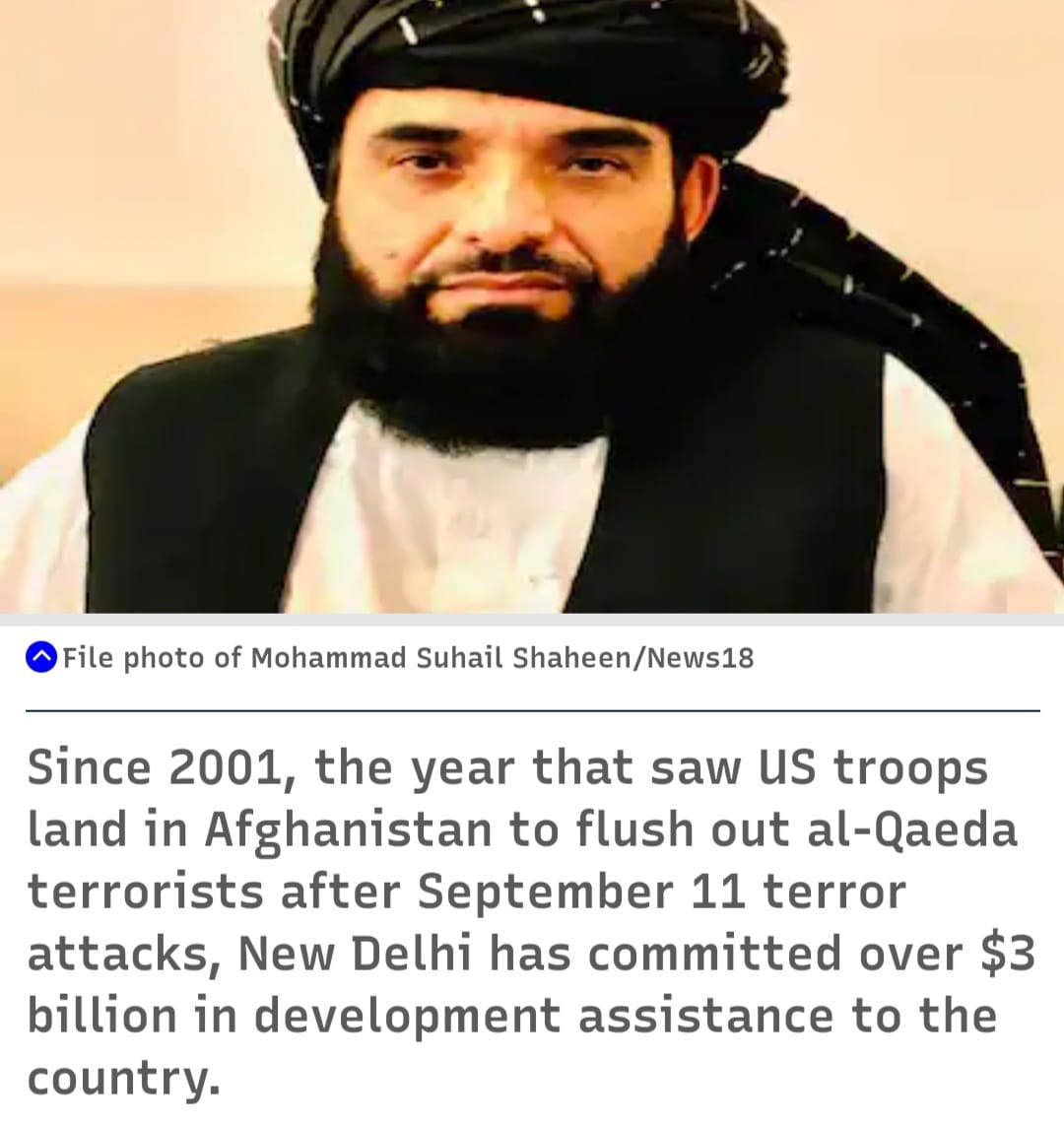 Taliban never had issues with India’s projects in Afghanistan but was opposing their support to the “puppet” government of Ashraf Ghani, Taliban spokesperson Suhail Shaheen has said in an exclusive interview to CNN-News18, paving the roadmap for India’s ties with those now holding the reins of the war-torn nation.

Responding to a question on India’s investments in Afghanistan over the past 20 years — from roads, dams to even the parliament building — and if the hardliners had stopped bilateral trade, Shaheen said the projects for the benefit of Afghans must be completed if under construction.

He also cleared the air on the reported “kidnapping” of some Indians in Afghanistan who were trying to flee the ravaged country.

“I refute this. I do not align with the word kidnap. We had already issued a statement that we will provide proper arrangements for the functioning of embassies and diplomats. I know that they had some problem with their documents and they were stopped for that for few hours. Whatever we had promised, we are committed to that. Of course, there are some spoilers present in and outside the country. And they are providing raw materials for propaganda against us and when you investigate then you will know that these reports are not true,” he said.

Since 2001, the year that saw US troops land in Afghanistan to flush out al-Qaeda terrorists following the September 11 terror attacks, New Delhi has committed over $3 billion in development assistance to the country. That money has gone towards funding more than 500 infrastructure and development projects. India undertook the construction of the Afghan Parliament building, which was inaugurated in 2015 and cost $90 million to complete.

Among the key infrastructure projects taken up by India are the 218-km-long highway from Zaranj to Delaram in Afghanistan’s southwestern Nimroz province and the laying of a 220kV transmission line to Kabul along with power sub-stations. New Delhi also supported the completion of the Salma Dam, christened as the Afghanistan-India Friendship Dam.

The biggest concern for New Delhi, as indeed for most countries internationally, would be centered around an Afghanistan under the Taliban again emerging as a haven for terror actors. “India believes that ending terror sanctuaries and safe havens operating across the Durand line is necessary for enduring peace in Afghanistan,” the MEA has said.