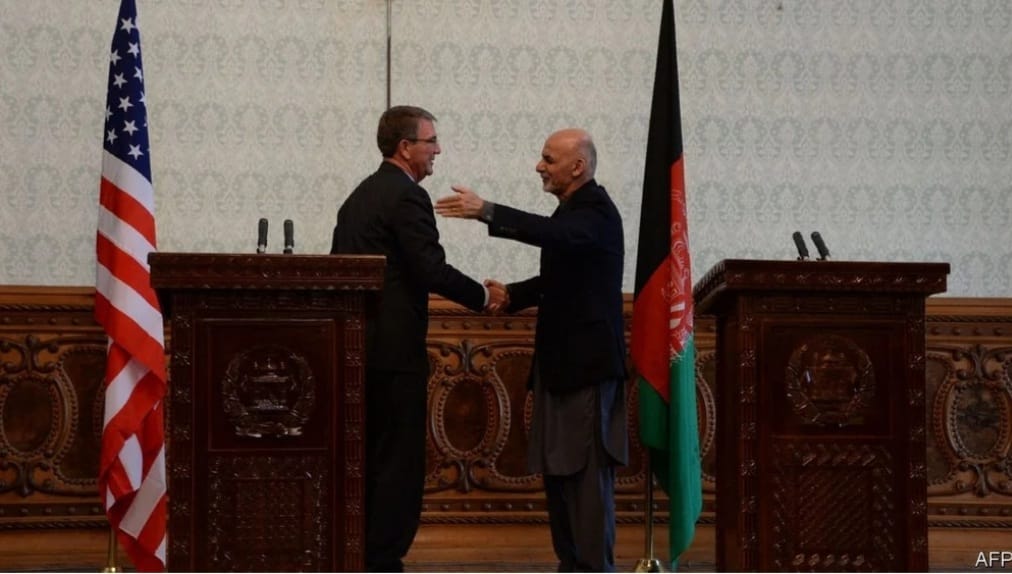 ONCE AMERICA announced that it would not save its client state, things unraveled quickly. As the enemy seized province after province, government soldiers shed their uniforms and ran. On paper, the army had hundreds of thousands of well-equipped fighters. In reality, it’s few loyal commanders had to buy ammunition from crooked supply officers and pay in cash for artillery support. The special forces fought well, but regular troops were often commanded by politicians’ incompetent relatives. Soldiers went unpaid as officials pilfered military budgets. Citizens stayed loyal to their families and clans, not to a corrupt government that was as likely to shake them down as to help them. The state was a Potemkin village constructed to please its American sponsors. When they left, it fell.

So it went in South Vietnam in 1975, and again last week in Afghanistan. The similarities between the two collapses are striking. They go beyond intelligence failures, mendacious speeches, and abandoned allies. Ultimately, both states fell because they had been hollowed out by corruption, an ancient disease of governance to which America’s nation-building projects are prone. (Think also of Iraq, Kosovo, Bosnia, and Haiti.) Political scholars once considered corruption a minor issue, but many now see it as crucial to understanding not just why America’s proxies fail, but how states work in general.

Corruption is usually defined as the abuse of public office for private gain. Its simplest form is bribery, which is ubiquitous in Afghanistan. “From your birth certificate to your death certificate and whatever comes in between, somehow you have to bribe,” says Ahmad Shah Katawazai, a former Afghan diplomat. (He was pushed out of the service after writing an opinion piece denouncing government corruption.) Customs officials, police, and clerks routinely demand baksheesh (a “tip”). As the Taliban advanced in recent weeks, the pay-off needed to get a passport rose to thousands of dollars.

But petty bribery is the least threatening type of corruption. More troublingly, getting government approval for big investments requires giving ministers or warlords a piece of the action. Worse yet, a government job with access to bribes is itself a valuable commodity. As Sarah Chayes, an expert on corruption, discovered while running an NGO in Afghanistan from 2002 to 2009, local officials often buy their posts. They must then extort kickbacks to pay off their investment while sending their superiors some of the take-ups. Mr. Katawazai says it can cost $100,000 to become a district police chief.

Such corruption creates patronage networks that threaten the state’s integrity. Officials’ main goal is not carrying out their agency’s mission, but extorting revenue to distribute to their families and cronies. Even before America invaded, Afghanistan was partly run by patronage networks headed by regional warlords.

Yet instead of dismantling these networks, America strengthened them by paying warlords to keep the peace, according to reports by the Special Inspector General for Afghanistan Reconstruction (SIGAR), an American oversight authority. Afghans soon grew furious at government corruption and more welcoming towards the Taliban. A study in 2015 by Transparency International cited one policymaker’s epiphany: “The guys at the bottom are sending money to the top of the system and the guys at the top are sending protection downwards, which is how a mafia runs.”

It was not until 2009 that America paid corruption serious attention. Ms. Chayes became an adviser to Stanley McChrystal, a reformist general who then headed ISAF, the coalition of NATO-led forces in the country. An ISAF investigation unit known as Shafafiyat (“transparency” in Pashto) was set up under H.R. McMaster, who later served as America’s national security adviser. It made progress in stopping procurement fraud. (The Afghan government’s own anti-corruption authorities mainly prosecuted political enemies.)

But under subsequent commanders, the Shafafiyat was cut back. By the time of the Taliban’s final offensive, the state had grown so corrupt that most of its governors cut deals with the jihadists to switch sides. The Afghan army was in poor shape to fight: its numbers were inflated by “ghost soldiers”—absentees listed on the payroll so that commanders could steal their salaries.

Americans of a certain age may remember the term “ghost soldiers” from Vietnam, where corrupt commanders used exactly the same system. Perhaps a quarter of the names on South Vietnamese army (ARVN) rosters in the Mekong Delta in 1975 were fictitious. Some ARVN officers were brilliant businessmen: one South Vietnamese colonel used to order aimless artillery barrages in order to hawk the spent shell casings as scrap metal. As in Afghanistan, police and military forces also profited from the heroin trade.

Indeed, the conclusions of a report in 1978 on the fall of South Vietnam by RAND, a security think-tank, foreshadow those in the last SIGAR report on Afghanistan, released on July 31st. South Vietnamese believed corruption was “a fundamental ill that was largely responsible for the ultimate collapse”, the RAND report found. The problem had already been diagnosed in Vietnam by forward-thinking officers in the early 1960s. So why did America refuse to treat it as a grave issue when it invaded Afghanistan decades later?

One answer is that this would require a shift in perspective. Over the past two decades, many scholars have come to see corruption as a form of governance in itself. It resembles the pre-modern states that Francis Fukuyama, a political scientist, calls “personalistic” governments, where power is based on ties of family or friendship rather than impersonal institutions. Such states are mainly concerned with placating armed commanders by giving them a share of the economic spoils.

That description applies just as well to mafias, feudal systems such as those of medieval Europe, and the warlord regimes in South Vietnam and Afghanistan. States like these can be reasonably stable. But they lack the loyalty and cohesion needed to beat a disciplined ideological insurgency such as the Vietnamese communists or the Taliban.

Another problem is that American interventions were led by the armed forces, which are biased towards optimistic reporting and short-term thinking. Military officers “are hugely focused on actively doing things within the duration of their nine-month rotation, which is not well suited to solving corruption”, says Mark Pyman of CurbingCorruption, a watchdog. Mr Pyman, who led the Transparency International study, says officers early in the occupation boasted of having pacified their districts by paying off warlords. Aid agencies, meanwhile, have a dubious habit of judging success based on how much money they raise and whether they have spent it all.

This leads to a related problem: spending too much money in poor countries causes corruption. In both South Vietnam and Afghanistan, a vast influx of American dollars caused a surge in inflation, wiping out public-sector salaries. (Afghanistan, with a GDP of about $20bn in 2020, received $145bn in American aid between 2001 and 2021. Inflation averaged 17.5% in 2003-08.) Neither government had the capacity to collect enough taxes for the wages of soldiers and civil servants to keep pace. Even otherwise honest public servants were forced to demand kickbacks to support themselves.

Hence one recommendation of anti-corruption experts is that in countries like Afghanistan aid should be frugal and focus on achievements rather than grant sizes. That is easier said than done. America is simultaneously among the world’s richest and most idealistic nations, and at some point, it will probably decide to save another suffering country. If it does not learn that dollars cannot build a real government, it may end up creating yet another fake one.