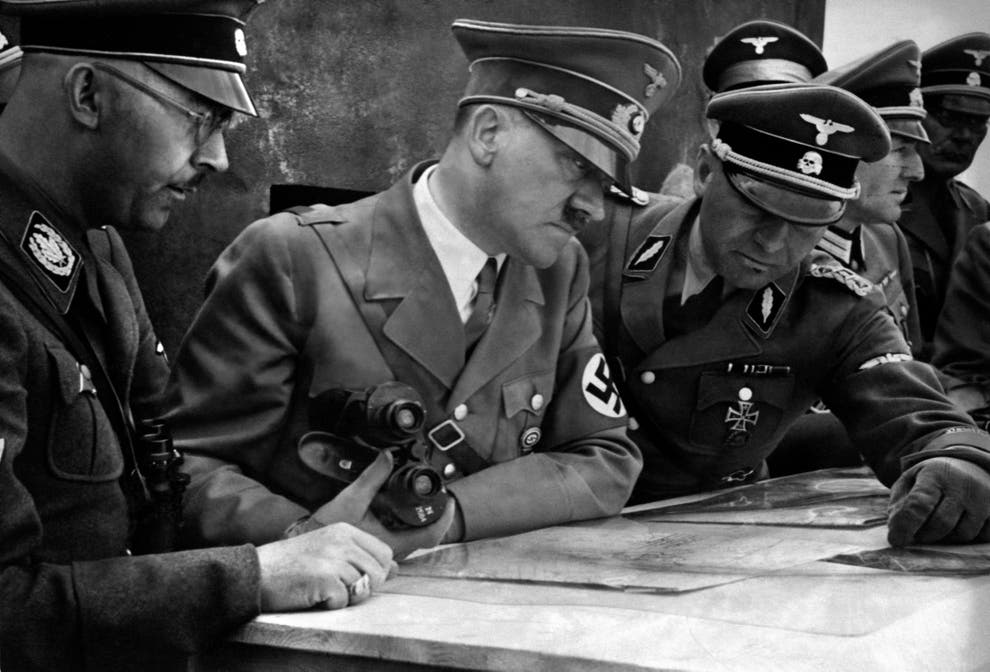 Right from the beginning, India was very much a part of the Aryan race theory. The Indo-Germanic group of languages had established a philological link, and racial supremacists had come up with their own twisted theories to make the case for a people of ‘superior blood’, writes Vaibhav Purandare

A little over a year before the Second World War broke out, a team of Germans wearing muddy boots landed entirely unobtrusively, and almost surreptitiously, along the eastern borders of India. Were the Germans there to scout for spots for a sabotage mission in case peace with England did not work out and a conflict became inevitable?

Were they looking at Raj’s vulnerabilities on one of its most precious territories, or at the possibilities of tying up with some of India’s eastern neighbors for an alliance that might prove to be strategically and tactically useful in the short and medium-term? Did they want to gauge the readiness or the mood of the Indian soldiers recruited by the British for the defense of India?

This expedition was the brainchild of Heinrich Himmler, Reichsführer or head of the SS, the Nazi force whose insignia of the double thunderbolt had created terror across Germany.

Himmler was the chief of all of the German police in the Nazi regime, whose men were in supreme control of the concentration camps which had begun to spring up from the year in which Hitler had come to power. The first concentration camp had come up in Dachau just outside Munich; their number had gradually increased and they were to gain unforgettable notoriety in the years still to come.

Right from the beginning, India was very much a part of the Aryan race theory. The Indo-Germanic group of languages had established a philological link, and racial supremacists had come up with their own twisted theories to make the case for a people of “superior blood”.

Even if Indians had suffered on account of what the racialists termed as miscegenation, might not some remnants of the original be found, at least somewhere close to it, was the question. This is where Tibet came into the bizarre picture. Those who swore by the idea of white Nordic geniuses were either taken in or at least extremely familiar with, the story of the imagined lost city of Atlantis, where apparently the heaven-sent people of the purest blood had lived.

Believed to have been situated somewhere between England and Portugal in the Atlantic Ocean, this island city had allegedly sunk after being struck by a divine thunderbolt. All of god’s rather superhuman gifts to humankind that had somehow survived had supposedly moved on to more secure spheres.

The region of the Himalayas was on this shortlist of regions of refuge, and Tibet, in particular, was one of the all-time favorites because it was famous for being “the roof of the world”, as far away from any “sinking” feeling that a race whose rightful home had been swallowed up by the sea could possibly get.

Most of the Nazi leaders were enthusiastic believers in such scarcely credible theories, but Himmler definitely went the farthest of them all.

In 1935, he set up a unit within the SS called the Ahnenerbe or The Bureau of Ancestral Heritage. Its remit was to find where exactly those extraordinary beings from Atlantis had gone after the bolt from the blue and the resultant deluge, and where traces of the great race still remained and could be discovered. In 1938, the SS Reichsführer sent a squad of five Germans to Tibet on his fancied, pseudo-scientific search operation.

Two of the team’s members stood out from the rest. One was Ernst Schafer, a gifted zoologist. Schafer was young, barely twenty-eight years old, and had been to the India-China-Tibet border twice earlier. In the post-war years, he attempted to either downplay or altogether deny his Nazi connections, but the truth was that he had joined the SS soon after the Nazi triumph of 1933, much before Himmler acted as his patron for the Tibet expedition.

Schafer was crazy about hunting and loved to gather all sorts of trophies in his home in an elite neighborhood in Berlin. Sometime in late 1937, Schafer took his wife Hertha out for a duck hunt on a lake near the German-Polish border. He was about to shoot from the boat they were in, when he slipped. The rifle fell against the seat of the oarsman and fired off, the bullet hitting his wife’s head. She died within an hour.

The second key man on the team was Bruno Beger, a young anthropologist who had joined the SS in 1935. He would take measurements of the skulls and facial details of the Tibetan people and make face masks, he said, “especially to collect material about the proportions, origins, significance, and development of the Nordic race in this region”.

The ship carrying the five Germans docked at Colombo early in May 1938. From there, they took another one to Madras and the third one to Calcutta. The British authorities in India had been pretty wary of the traveling Germans and saw them as nothing but a bunch of spies. They were initially reluctant to allow them to pass through India, and the then British-run The Times of India even ran the accusatory headline, “A Gestapo Agent in India”.

The British political officer in Gangtok in Sikkim, an independent mountain kingdom at the time, too, was not enthusiastic about granting the men entry into Tibet through Sikkim.

But ultimately, Britain’s appeasement policy prevailed over all these concerns, as did the Nazi team’s own resolve to push as far ahead as possible en route to their desired destination.

At the end of the year, the five Germans, with swastika flags tied to their mules and heavy baggage, entered Tibet. The swastika was a ubiquitous sign in Tibet, known locally as “yungdrung”. Schafer and the team would have seen plenty of it during their time in India itself, where, among Hindus, it had been for long a symbol of good fortune, visible outside homes, inside temples, at street corners, and on the backs of tempos and trucks.

The Nazis had taken this symbol, sacrosanct and popular in cultures, not just across Asia but the world, and distorted it in every way, including its appearance, by turning its arms around and changing it to stark black in color and placing it inside a white circle which, in turn, was surrounded by the stark red of the party flag.

The thirteenth Dalai Lama had died in 1933 and the new one was only three years old, so the Buddhist Tibetan kingdom was being controlled by a regent at the time. On the whole, the Germans were treated exceptionally well by the regent as well as by common Tibetans, and Beger, who made face masks, even acted as a sort of amateur doctor for locals for a while.

What the friendly and unsuspecting Tibetan Buddhists did not know was that in the perverse imagination of the Nazis, Buddhism was a religion that had weakened the Aryans who had come to Tibet and resulted in the loss of both their spirit and strength.

Just when it appeared that Schafer and the others could spend a lot more time exploring things for their real “research” in the guise of carrying out serious scientific investigations in areas such as zoology and anthropology, in August 1939 the German expedition was abruptly cut short by the inevitability of the conflict which began early the following month.

Beger had, by then, measured the skulls and features of 376 Tibetans, taken 2,000 photographs, “made casts of the heads, faces, hands, and ears of seventeen people” and “the finger and handprints of another 350”. He had also collected 2,000 “ethnographic artifacts”, and another member of the contingent had taken 18,000 meters of black and white film and 40,000 photographs.

Himmler made all the arrangements for his favored team to fly out of Calcutta at the last moment and was himself present to greet them when their plane landed in Munich.

This is an excerpt from the book ‘Hitler and India: The Untold Story of His Hatred for the Country and its People’ by Vaibhav Purandare, taken with permission from Westland Non-Fiction.