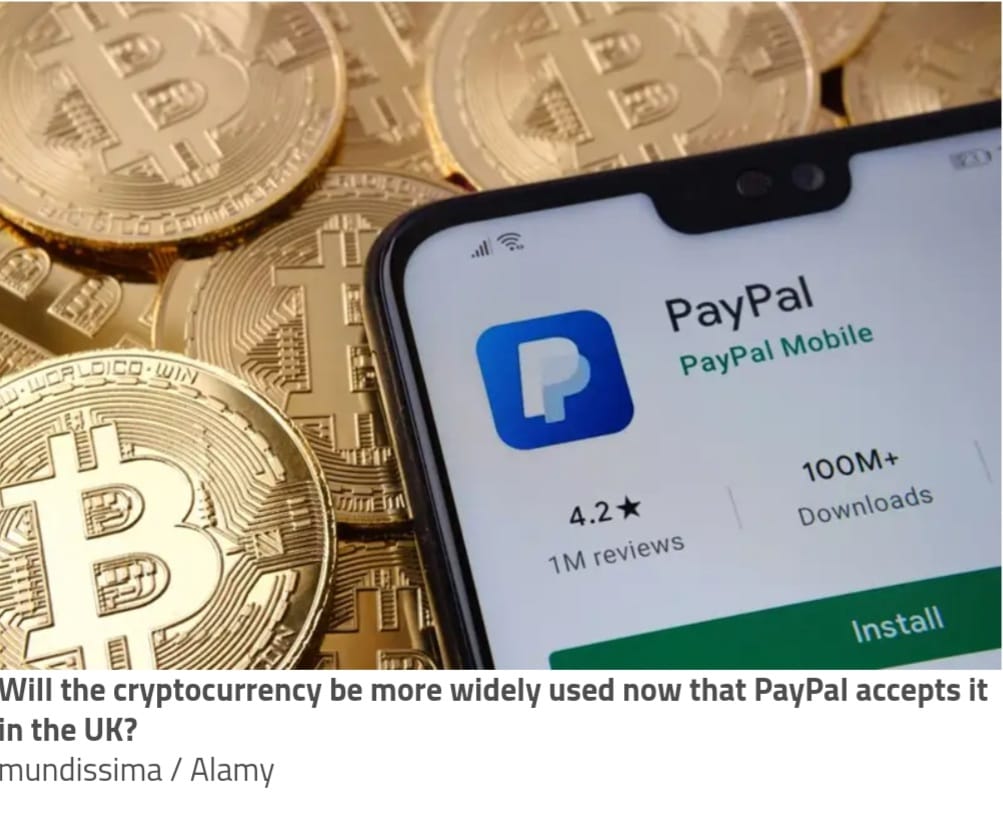 PayPal has two decades of experience in online payments and manages 403 million user accounts. So, it caused ripples when it announced on 23 August it would allow UK customers to buy and sell four cryptocurrencies: bitcoin prices rose to a three-month high. But will this – and last October’s roll-out in the US – push cryptocurrencies into the mainstream, or is it just another blip in the short but volatile history of decentralized money?

Customers in the US who have bought cryptocurrencies through Paypal log in twice as often as those who haven’t said Jose Fernandez da Ponte at PayPal. “We expect digital currencies to play an important role in consumer payments over the longer term,” he says.

Public interest in bitcoin and other cryptocurrencies is certainly growing, but only a minority have bought in. A YouGov survey revealed that by August 2019, just 3 percent of people in the UK owned any cryptocurrencies. By July 2021 that had risen to 8 percent.

Giving millions of existing PayPal customers the ability to buy at the click of a button has enormous potential for increasing those numbers, but access to the currency isn’t the only limiting factor. People need a way to spend it.

A handful of large companies, such as Microsoft, have begun accepting bitcoin as payment, and others such as electric car company Tesla have done so at times too. And while several other retailers, including grocery stores, coffee shops, and hardware stores, have systems to accept cryptocurrency in some countries, using only this form of payment day-to-day would be no easy task.

PayPal users in the UK won’t be able to use cryptocurrency to buy goods or services – they can only buy, hold and sell the currency. But in the US, the company offers the ability to use balances for payments anywhere that accept PayPal. This effectively allows hundreds of thousands of retailers to accept cryptocurrencies without having to make any changes or accept any risk, and receive US dollars from PayPal as normal.

This is vital, as the risk for businesses is high, says Carol Alexander at the University of Sussex, UK. Cryptocurrencies are “dominated by huge speculation and rampant manipulation”, she says.

Organized groups are able to cause swings in cryptocurrency values with coordinated buying or selling and, unlike the traditional financial services sector, there is little regulation to stop it. So, if you take bitcoin as payment directly, it may plummet in value before you convert it.

Cryptocurrencies are decentralized systems with no official oversight, so regulation is difficult. Registered companies that deal in them are finding themselves under increasing scrutiny. In June, the UK’s Financial Conduct Authority ruled that Binance Markets Limited, one of the world’s largest cryptocurrency exchanges, had to cease regulated trading in the UK.

There are still hurdles to overcome before cryptocurrency can truly break into the mainstream, including its exorbitant energy use, volatility, and complexity.

But some are still confident that the technology offers enough benefits, such as protection from inflation, a degree of anonymity, and low fees for large payments, that widespread adoption is inevitable.

Nigel Green at financial services firm deVere Group is confident that cryptocurrencies will replace traditional money and, although that moment is still some way off, he says PayPal’s announcement is “yet another example that exposes cryptocurrency deniers as being on the wrong side of history”.

“This is a major step forward towards the mass adoption of digital currencies,” he says. “More and more payment companies will naturally follow their lead.”