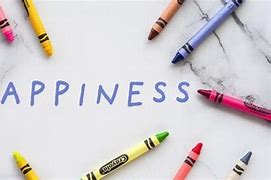 World Happiness Report 2022: Denmark, Iceland, Switzerland and the Netherlands rounded off the top 5. The US and UK were ranked 16th and 17th respectively.

For the fifth straight year, the United Nations’ World Happiness Report has found Finland to be the happiest country in the world. The report, the latest edition of which was released on Friday, two days before the annual International Day of Happiness, is issued annually by the UN’s Sustainable Development Solutions Network. It ranks 150 countries (146 in 2022) on factors such as personal sense of well-being, levels of GDP, life expectancy etc. The list, which is in its 10th year, assigns a score on a scale of 0-10, based on an average of data over a three-year-period.

In the latest rankings, among the countries which occupied the top 10 spots in 2021, only Austria dropped out; of the remaining nine, countries have moved up and down. From the other end, Afghanistan was ranked as the unhappiest nation, followed by Lebanon, Zimbabwe, Rwanda and Botswana, respectively.

India, meanwhile, saw a marginal improvement in its ranking, jumping three spots to 136, from 139 a year ago.

The following are the 20 happiest countries in the world (change from last year, if any, in brackets):