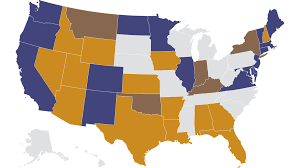 The Ups and down of inflation

When it comes to fears about the economy, inflation is the new monster hiding under the bed. But there isn’t a real consensus among economists about just how concerned people should be about inflation — and how likely it is to show up on a sustained basis. The economy has started to get a little warmer, but inflation isn’t spiraling out of control.

There’s a smallish but growing chorus of economists and policymakers sounding the alarm about inflation. They warn that a combination of government stimulus and the impending economic snapback will cause prices to overheat. A lot of regular people might be confused by this. After all, the country is still in the middle of the Covid-19 outbreak, the economy is far from back to normal, and we’re still millions of jobs short of where we were pre-pandemic. Many economists and lawmakers have spent months arguing that the risk is doing too little, not too much, to save the economy. Some say a little bit of inflation may be a good thing, especially given how low it’s been in the recent past. Indeed, for parts of 2020, the economy saw deflation and prices actually fell — which could distort more current numbers going forward.

“The most significant risk we face is a workforce that is scarred by a long period of unemployment. People being out of work, not able to find jobs, can have a permanent effect on their well-being. I think that’s the most significant risk,” Treasury Secretary Janet Yellen said in an interview on ABC News’s This Week in March. “Is there a risk of inflation? I think there’s a small risk. And I think it’s manageable.”

Surprise
0 0 %
EMPIRICAL RESEARCH Tags:The Ups and down of inflation