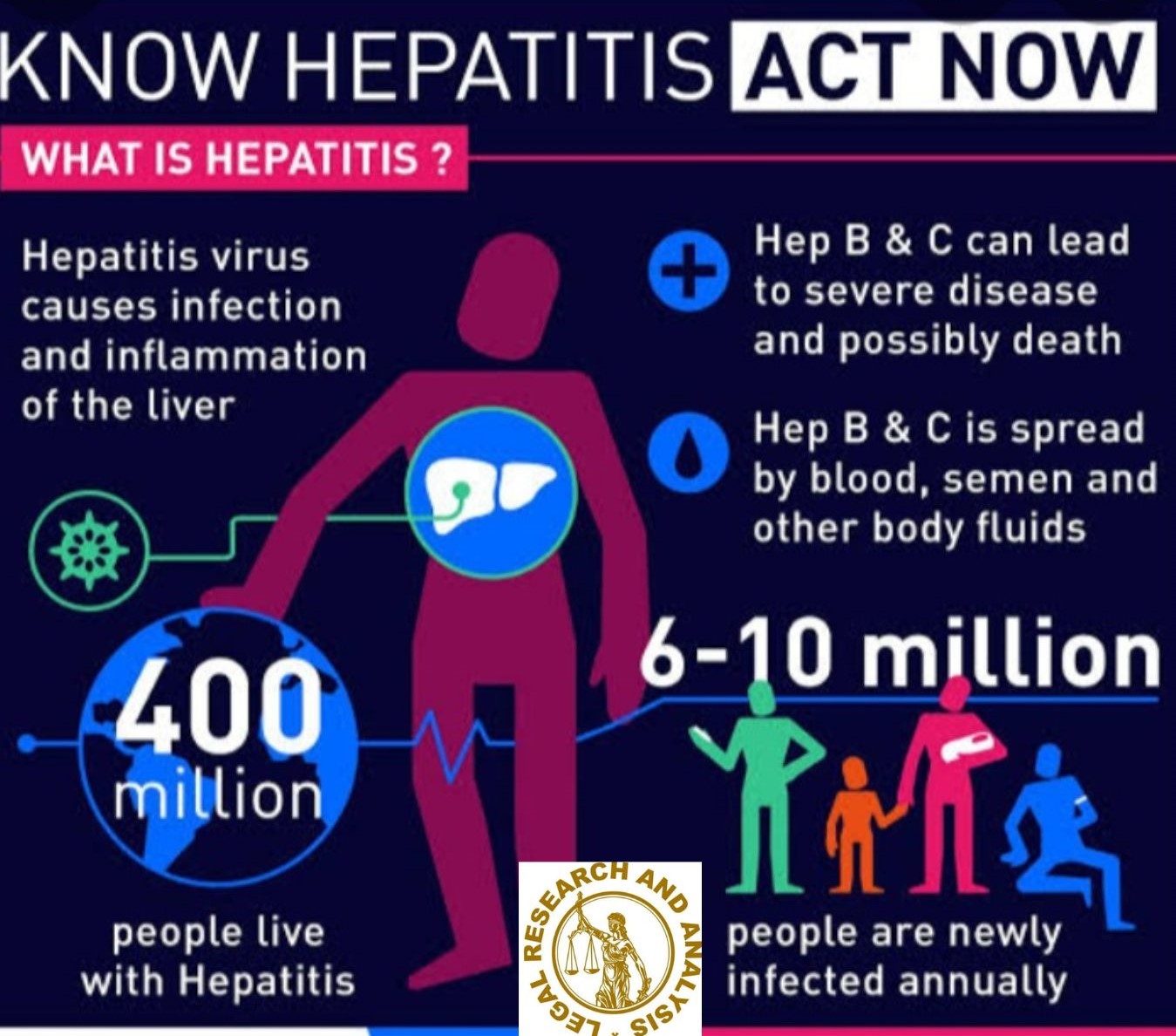 Every year on July 28, World Hepatitis Day aims to increase cultural understanding of hepatitis — a group of infectious diseases known as Hepatitis A, B, C, D, and E — and to encourage prevention, diagnosis, and treatment.

Hepatitis impacts hundreds of millions of people around the world, causing acute and chronic diseases and killing nearly 1.34 million people each year.

Hepatitis can cause both acute and chronic liver inflammation and can be fatal. Hepatitis B is the most frequent cause of birth in some countries and may also cause liver cancer.

Following the adoption of a resolution at the 63rd World Health Assembly in May 2010, World Hepatitis Day was globally recognized as the primary focus of national and international awareness-raising efforts, and the date was changed to July 28. (in honor of Nobel Laureate Baruch Samuel Blumberg, discoverer of the hepatitis B virus, who celebrates his birthday on that date).

The resolution declares that “the 28th of July shall be designated as World Hepatitis Day in order to have an educational opportunity and better awareness of viral hepatitis as a major public health issue, and also to enhance the strengthening of prevention and control strategies measures against this disease in the Member States.

Every year, World Hepatitis Day is celebrated in over 100 countries via occurrences such as free checkups, poster campaigns, protests, concerts, talk shows, public demonstrations, and vaccination drives, among others. The WHO and the World Hepatitis Alliance publish an annual report that details all events around the world.

Most people are unaware of the following facts:

Hepatitis is often difficult to detect because it demonstrates mild flu-like symptoms such as fatigue, fever, and body aches, which are often ignored by individuals. Other serious symptoms, such as skin rashes, weight loss, and discoloration of skin, urine, and eyes (commonly known as jaundice), may appear weeks or months later.

In some instances, symptoms may appear years later or may not appear at all, particularly in Hepatitis C. Because Hepatitis C and B are often asymptomatic, many infected people are unaware of their health status.

Cirrhosis and liver cancer are caused by Hepatitis B and C, but not by Hepatitis A and E. Patients with Hepatitis A or E who have a good immune system can recover without requiring major medical treatment. The disease will only become evident when the liver is affected, at which point the symptoms appear. The lack of yellow skin or jaundice doesn’t really rule out Hepatitis. Currently, only Hepatitis A and B vaccines are available.

4)Vaccines may not always protect infants born to infected mothers.

Hepatitis B can be spread through blood, sperm, and other bodily fluids, whereas hepatitis C can only be transmitted through infected blood. Hepatitis B, but not Hepatitis C, can be passed from mother to child during birth. If a pregnant woman becomes infected, early vaccination may prevent the virus from infecting the baby.

Infants born to infected mothers could be immunized right away, receiving antibodies to fight the infection. However, if virus stages in the mother’s blood are already high, the transfer may still occur in 10% of cases. As a result, infected pregnant women should be immunized as soon as possible to prevent communication with their newborns.

5)Hepatitis A and E can be spread by contaminated water:

Most hepatitis viruses do not spread by the direct bodily fluid exchange. Hepatitis A and E can be spread by contaminated food or water. Drinking secure water supply and maintaining proper sanitation and hygiene can help prevent types A and E. South-east Asia has the highest incidence of Hepatitis E, with transmission via the fecal-oral route, primarily through polluted water.