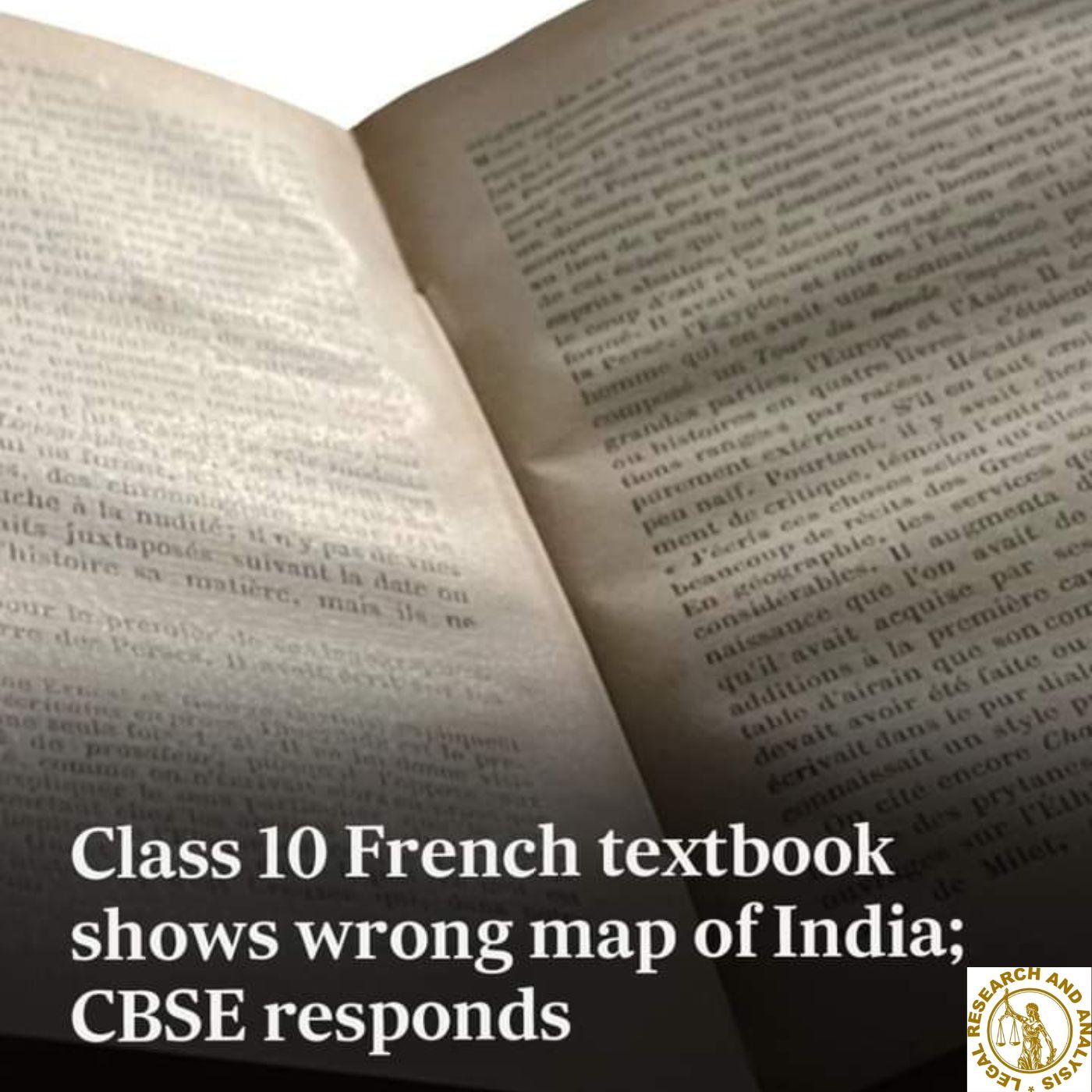 The Central Board of Secondary Education explained, stating that “The book is from the 2014 Edition,” in response to the controversy surrounding a widely circulated CBSE Class 10 French textbook front page depicting the incorrect map of India.

Rama Sharma, a CBSE PRO, said: “The Class 10 French Textbook’s cover page, which accidentally depicts the incorrect map, is from a previously phased-out edition from 2014. On the CBSE website, you can access the updated version.”