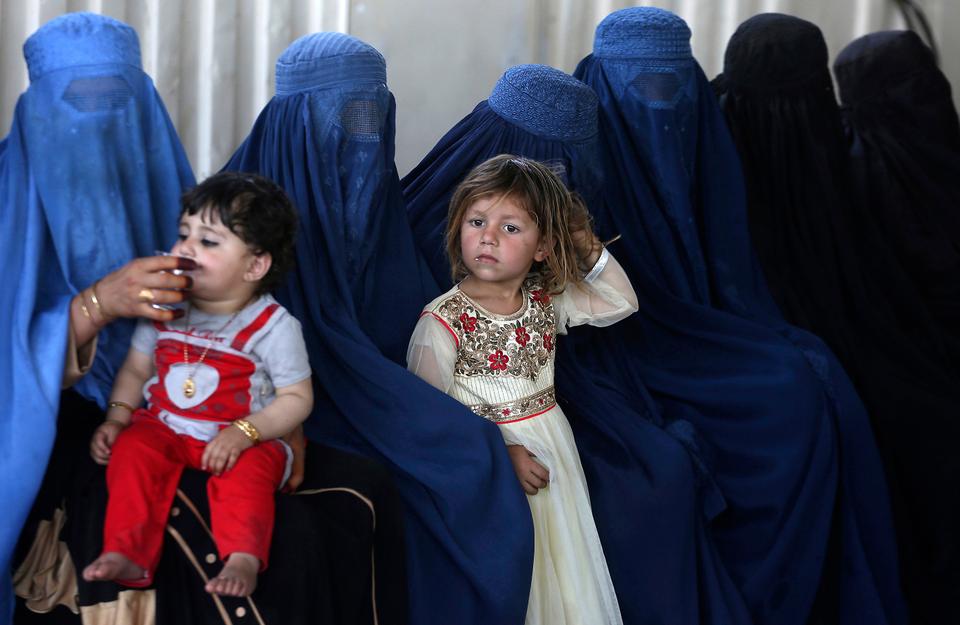 As the withdrawal of the United States and allied troops from Afghanistan enters its final phase and the Taliban makes rapid advances along the Afghan countryside, Pakistani officials, on the other side of the border, are concerned about the impending humanitarian crisis in the form of a new influx of Afghan refugees pouring into Pakistan.

But this time around, Pakistan has been planning to change its policy towards refugees by adopting the ‘Iran model’ —  keeping them in camps set up along borders and not allowing them into the cities.

“Pakistan will not open its border for refugees this time and follow the ‘Iranian model’ to house refugee seekers in the camp along the border,” Pakistan’s Minister for Interior Affairs Sheikh Rashid Ahmed recently told the media.

The policy consensus was established through several interprovincial and national security meetings held by the Pakistani government in early July. Officials and ministers primarily discussed ways in which to deal with the potential flow of refugees entering from Afghanistan.

Pakistan has also proposed keeping Afghan refugees near the Pak-Afghan border but within the limits of Afghanistan, said an Islamabad-based senior official at Pakistan’s Ministry of State and Frontier Regions (SAFRON), who attended some of the meetings on refugee issues.

Pakistan Prime Minister Imran Khan arrived in Tashkent on July 15 on his two-day visit to meet regional leaders, including Afghanistan’s President Ashraf Ghani, to talk about the deteriorating security scenario in Afghanistan.

With around 1.4 million Afghan refugees registered in UNHCR, around 880,000 with Afghan citizenship cards, an estimated 300,000 to 400,000 undocumented Afghans in the country, Pakistan has one of the largest refugee populations in the world, UNHCR Pakistan’s spokesperson Qaiser Afridi, told TRT World.

The refugees mostly live in Khyber Pakhtunkhwa and Balochistan provinces, which border Afghanistan. Also, 85.1 percent of the Afghan refugees in Pakistan are ethnic Pashtun, and the remaining are Tajiks and Uzbeks among others.

If the security situation in Afghanistan deteriorates even further, Pakistan is expecting around 500,000-700,000 Afghan refugees while international refugee agencies estimate that number could be between 200,000-300,000, the SAFRON official told TRT World.

He said that currently, the situation on the border was not alarming. “But if it worsened, international organizations and donor agencies would inform Islamabad.”

The inflow of refugees is expected to undermine Pakistan’s counter-terrorism efforts, particularly in the former tribal districts, the bordering region that was the former stronghold of the Tehreek-e-Taliban Pakistan (TTP) or Pakistani Taliban, experts and security officials fear.

After successful military offensives, such as Operation Zarb-e-Azb launched in 2014, the leaders and militants of the TTP and other militant groups fled to the neighbouring Afghan provinces of Khost and Kunar.

The TTP has reemerged over the past year, unifying disgruntled factions and including factions of  Al Qaeda in the Subcontinent (AQIS) and Lashkar-e-Jhangvi,  unleashing a spate of deadly attacks across the country, mainly in its former tribal districts and Balochistan.

Moeed Yusuf, the country’s national security adviser, while briefing a Pakistani Senate committee on July 9, warned of impending attacks by the TTP, whose militants, according to him, could enter Pakistan disguised as refugees.

“Situation in Afghanistan has been deteriorating and Pakistan should be prepared for its implications,” he said.

“The inflow of refugees will add to the existing security, economic and political challenges in Pakistan,” Abdul Basit, a research fellow at the S. Rajaratnam School of International Studies (RSIS), Singapore, told TRT World.

“Pakistan is replacing the paramilitary force with regular army troops to man the Pak-Afghan border.”

Pakistan has been closely monitoring the US-Taliban peace talks and anticipated military withdrawal of allied forces from Afghanistan since the beginning, and already started preparations to prevent the conflict from spilling into its territory.

Fencing the border with Afghanistan was one part of Pakistan’s efforts to regularise cross-border movement only through formally designated cross points — mainly to handle a fresh influx of refugees after the US drawdown.

The border is 2,400 kilometers long, non-demarcated, and extremely porous, and passes through a third of Afghanistan’s provinces, according to a report of the Afghanistan Analysts Network, a Kabul-based think tank. “There are 235 crossing points along the border, which translates into almost one crossing point per 10 kilometres.”

Only 20 of them are used frequently and only two of them — Torkham and Chaman — have all the essential border controls in places, such as immigration, customs, and security checkpoints. Pakistan already closed both of them last week.

The presence of Afghan refugees is a contentious issue for ethnic political parties from smaller provinces, particularly the Sindh and Balochistan provinces, which claim that it has affected the ethnic demography of the provinces. Some parties blame refugees for the rise in crime and violence, though these claims have not been verified.

In September 2018, a month after taking the oath, Prime Minister Imran Khan announced to grant citizenship to all Afghan and Bangladeshi refugees born on Pakistani soil.

“Children of Afghans who have been born and raised in Pakistan will be granted citizenship because it is an established practice in countries around the world. You get an American passport if you are born in America,” he had said.

However, the statement drew fierce criticism from various ethnic political groups in Sindh and Balochistan, forcing the premier to rescind his promise.

Recently, the Pakistan People’s Party, a major opposition party that rules Sindh province, showed their reservations over the possible influx of refugees in the province and asked that they be confined to border towns.

“The borders should be sealed so that refugees cannot enter Pakistan due to the war in Afghanistan,” Muhamamd Ismail Rahoo, a provincial minister, told TRT World. “If migration becomes imminent, then refugee camps should be set up in areas along the Afghan border because the provincial government has no enough resources to house them.”

Experts believe that if the refugees crisis is not handled amicably, it could create political problems for the current government.

Basit said that groups, such as the Pashtun Rights Movement (PTM), will exert pressure on the Pakistani government by using the refugee crisis as an opportunity to further spread their political influence by becoming the voice of war-displaced Pashtuns.

Drawing support from ethnic Pashtuns from former tribal districts, the PTM is a protest movement,

The rights group that has staged protest rallies against Pakistan’s powerful military and the effects of the ‘war on terror’ on the Pashtun population in the past two years.

“So, there are political and ethnic fault lines alongside security, economic and humanitarian challenges awaiting Pakistan if the refugee crisis is not handled amicably,” Basit said.

Rights bodies have expressed concerns over Pakistan’s plans to adopt the ‘Iranian model’ to deal with Afghan refugees.

The UNHCR estimates the number of Afghan refugees in Iran at just under 1 million. Tehran puts the figure of documented and undocumented Afghan refugees and migrants closer to 3 million. Hazara and Tajiks represent over 70 percent of the Afghan refugee population in Iran, with the remaining consisting of other ethnic groups such as the Pashtuns.

But they are all living in refugee villages set up by Tehran along the border with Afghanistan since the 1980s and are prevented from settling in cities and towns.

International human rights groups, such as Human Rights Watch, have documented years of violations against Afghan refugees and migrants in Iran, including physical abuse, detention in unsanitary and inhumane conditions, forced payment for transportation and accommodation in camps, slave labour, and the separation of families.

In May 2020, Tehran came under severe criticism after Afghan authorities recovered 18 bodies of migrants who were allegedly beaten and tortured before being forced into a river by Iranian border guards.

Note: Every article published on this section is extracted from several most genuine authentic sources on our daily life who brings us qualitative information based on multiple fact check agencies and crossed at several level procedures. LR&A honors the sprit of Journalism of these global giants of News Broadcasting across the globe and outer space, some of them Are, huppost, Aljazeera, New York Times, CNBC, wall street journals, Reuters, google news, Wikipedia, the Hindu, USA today, Financial times, Times Magazines, United Nation Journals, BBC, National Geographic, animal planet, History Tv, Fox network etc. Legal research & Analysis recommends all users kindly do read the original contents published by these main stream media giants, simply click the link of the head line of the post you want to read also share with your friends quality information do not pay attentions to unverified sources of News, fake news, news that can cause harm public at large are considered as fake news, LRA promotes the awareness regarding the spreading of fake news, or news without any genuine source of platform, kindly follow the instruction and help community flourished.