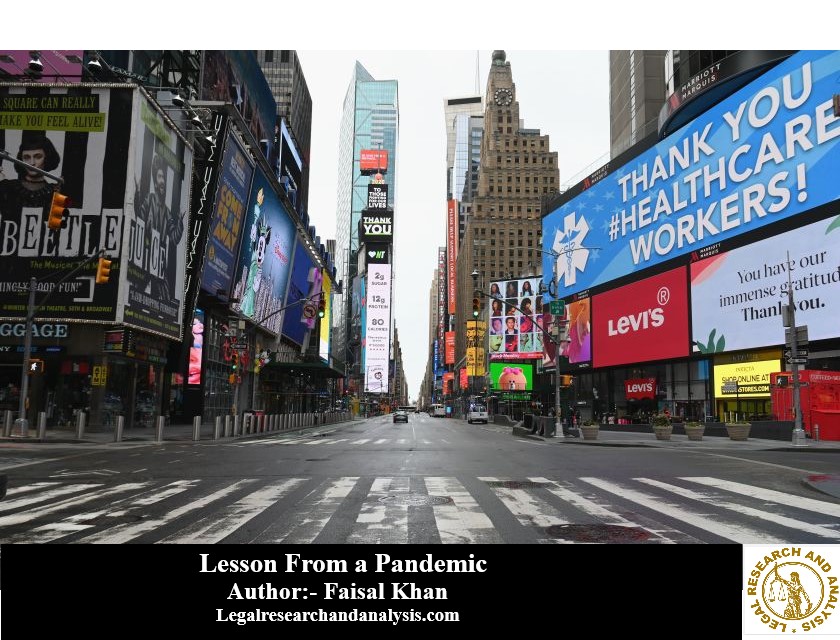 The grim reality of a global pandemic is only assuaged by the shallow interconnectedness of the internet. The paradoxical duality that couldn’t be more on the nose.

2020 will be remembered as the year the earth stood still. Millions were displaced, disconnected, devastated, depressed, and dead. Every day more people died than on 9/11 and even more were left disoriented as to what may come next. The blightening toll that SARS-COV-2 took on the world reverberated through the entire globe, crushing everyone and everything under its menacing force. No one predicted this. We were busy articulating the dangers of right-wing populism and the apocalyptic nature of climate change. We cut down carbon gases and argued over the inactive leaders who had signed the Paris deal but nobody said anything about not eating bats, did they?

Of course they did. Epidemiologists and other health experts have been warning about the next potential outbreak for years now. But who was going to listen to a bunch of Faucis when an evil-head leader of the biggest nuclear state threatened to incite wars.

The COVID disaster hit like any other disaster— Unannounced in foresight but inevitable in hindsight. We were all caught unguarded. You can’t blame anyone in particular for a pandemic (Unless you want to vent your anger towards China, the ineffective assistance of WHO or that particular bat-consuming jerk who started it all; the patient zero). You simply cannot. China was as distraught as the rest of us. They concealed what they could hoping it would die down. The WHO prioritised minimising people’s utter panic over honestly communicating the severity of the situation. Ultimately they failed in both. International organizations downplayed the gravity of COVID until it was widely understood that it not only affects the old and the weak but almost everyone. The fear ensued. Organisations were in shambles. Businesses disrupted or even terminated. People’s hopes were crushed. The world, as we know it, stopped in an unprecedented manner. The neck-breaking speed at which the planet was running for the first time threatened to actually break our necks.

The Faucis of the world popped up in prominence, united and determined, to save the world from this biological Armageddon. The rules were simple. For a global pandemic that killed millions it had a fairly simple guidebook. Wash your hands. Wear a mask. Maintain social distancing. Elementary stuff. Except people don’t like being told what to do. Even if it saves them funeral costs of their grandmas. On top of this nuisance, bigger problems piled on. Countless lost their jobs. People had to shut their business. Daily wage earners experienced hell on earth.

It only gets worse from here

In India, millions of migrant workers were displaced due to harsh and mismanaged lockdowns implemented by the Modi government. In Europe, right-wing parties latched onto the travel restrictions to flame xenophobia and shut its borders from the worst-hit victims of the pandemic; the refugees. In Brazil, Bolsonaro’s militarized government displaced and tortured thousands of Indigenous people in his path to genocide. In Mexico, the inefficiency of the govt has led to a surge in the activities of the cartel.

The examples are abundant and the point of sharing them is not to induce hopelessness but to realise how flimsy and fragile our societal structures are.

One viral outbreak and blood spills on the street.

The clash of civilisations

How do you combat a disease that no one from our lifetime has seen before? How do you stop a virus that could kill millions if not billions without destroying the economy? Simply put, you cannot. Something has to be sacrificed and people’s lives were too hefty a price. So the leaders unanimously accepted the loss of a few currency notes in favor of saving us. All well and good except neither the people were willing to lose their freedom nor the Govt accepted the constantly depleting economy and thus came the compromise. We adjusted to this new world. We stopped going out and hoped for normalcy while the govt promised to incentivize staying at home.

The problem at large is beyond a single outbreak or a momentary pandemic. The question is: Can we all get along? Can we all objectively identify the problem and work together to solve it instead of identifying a group of people as the enemy and creating a rift among us. That’s what made the occurrence of this pandemic so much more disastrous. Most of the first nations are still riding on the populist wave that has decorated much of the political landscape of this decade. Donald Trump in his sacred pursuit of isolationism and ‘America first’ policy has widened the gap between the first, second, third and fourth world states. Europe is closing its borders. Third world nationalists are no further either. When the world truly needed visionary and responsible leaders who would unite us in solidarity, all we got were leaders who harboured conflict among the citizens and fueled the “us vs. them” narrative that rather than prepare us for a calamity threw us straight under the storm and pulverised any hope for unity when we needed it the most.

The neoliberal space of global politics has simultaneously equalized the playing field as based on merit and hierarchized the structure in which people can govern themselves, viz, the rule of democracy. Capitalists, when elected in power, think their citizens to be employees rather than citizens who can be fired at will. The vulgarity of power sheds its skin in times of crisis and unravels the oppressive system that remains relatively hidden in times of ‘business as usual’. Well, there is no ‘business as usual’ when there are no businesses and people have nothing but time and anger in their hands (and the quarantine provided ample of both)

A rehearsal for the future

Experts warn of a crisis and leaders ignore it. What could be more clichéd than this. Yet, a story told a thousand times is still not as effective as one day of crisis experienced first hand. What we have seen this year is cumulative disregard for science and reason and what we may learn from this is that a situation that could have been handled way better than it was with instruments of control in our hand (Health care machinery) has bursted into a mayhem. What will happen when a crisis that is far away from human control strikes us? What happens when the climate crisis emerges out of school textbooks and materializes in all its hellish glory? How would the leaders of the world that couldn’t convince the masses to wear a mask react? Philosopher and cultural theorist, Slavoj Žižek has commented that “COVID-19 pandemic is a dress rehearsal for future crises” If this year has taught us anything it is that we just don’t know what the future holds for us. And whatever it will be, we are in really bad shape to deal with it.

The situation at home

When we were told by our governments to stay at home. Some of us rejoiced while some were left in dismay. What do you mean we cannot go out? Thou shalt not command social animals to not be social. But who wants a million dead grandmas so we obliged and restricted our social impulses only to be told that the death toll is increasing every day. The ones rejoicing, the introverts and co., found ourselves engaging in activities that were left in our never ending to-do lists or learning a new hobby or resolving conflicts with our family & friends long left ignored. Sleepy-eyed-pyjama-wearing meetings in the comfort of our homes replaced the cumbersome suit-and-tie physical meetings that could have been an email anyway. OTT platforms exploded and almost murdered the collective experience we call cinema. Almost. The biological demon also brought some cousins with it, psychological ones. Luckily for us, we are living the 2020 pandemic and not the 1918 one for we have the diving gift of interconnectedness via the internet. We are living in an age where connectivity is overwhelming but the desire to connect has only diminished.

The pandemic separated us from each other but gave us bountiful opportunities to have conversations we knew we needed the most. It gave us time to reflect on ourselves and those around us. We realised that nothing could replace the sound of clamouring laughter of old friends reminiscing over old days or the physical experience of being with a thousand people screaming the verses of their favourite band at a concert. Or just the possibility of hanging out among other strangers, even if we didn’t actually visit those places. We know we need to have it even if we don’t need it rather than need it and don’t have it. Nothing will ever replace the innate human need and pleasure of socializing.

No matter how much we prepare ourselves for the future, crisis will strike, unannounced and unforeseen. What may change is the nature of the crisis. When the world thought the future would be space travel and flying cars, we got the internet. When we were preparing (not) for global warming, we got Coronavirus. Pandemic 2020 will be remembered for the ineffectiveness of the system we trusted and the leaders we looked upon. Its narratives will be told over and over as a cautionary tale for our future kins. The leaders who betrayed us. The institutions who failed us. The common masses who made utter mockery of common sense.  Everything will be read and reread and storified again. The paradoxical duality of our situation is that we live in the most connected era humans have ever been in and yet we couldn’t be more disconnected. What better time to reflect on ourselves in particular and the society in general when isolation is mandated and seclusion is celebrated. This pandemic is a lesson in modernity, etched in eternity.

Surprise
0 0 %
Article, Blog Tags:CORONA-VIRUS : A PANDEMIC, learn from pandemic, lesson from a pandemic