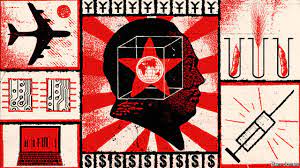 A STRIKINGLY HARSH appraisal of China’s ongoing technological battle with America appeared on the website of a prestigious Beijing-based think-tank on January 30th. The paper, published by the Institute of International and Strategic Studies (IISS) at Peking University, found that China is likely to be the bigger loser from the technological and economic decoupling under way between the two world powers. China lacks control over core computing systems, the paper stated, and is far behind America in a number of important areas such as semiconductors, operating systems and aerospace. Within a week of its posting, the document vanished.