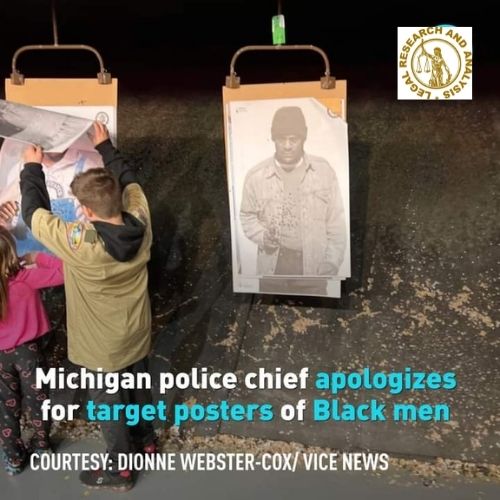 The chief of a Michigan police department has apologized after it was revealed that his department had been using images of Black men as benchmarks at the force’s shooting range.

Dionne Webster-Cox, a lawyer, posted the photos on Facebook last month on the behest of a household who was on an excursion of the Farmington Hills Police Department as an aspect of a Boy Scouts fieldwork.