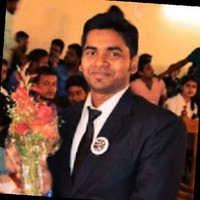 Mr. Mohammad Saleem is pursuing a Ph.D. at VIT School of Law, Chennai, and served his duties as an Assistant Professor, at School of Law, Presidency University, Bengaluru, Karnataka.

He had served as an Assistant Professor of Law at Aligarh Muslim University Centre at Jangipur, Murshidabad, West Bengal.

He also has a deep interest in everyday political affairs of national and international importance.

He had currently assigned subjects in B.A.LL.B which are Administrative Law, International Trade Law, Women, and Law, and The Interpretation of Statutes. Apart from this, he has taught the Civil Procedure Code, Competition Law, Land Laws of the U.P., and Cyber Law (Information Technology Act).

He completed his LL.M. with a specialization in Constitutional Law from AMU in 2020. He cleared the UGC NET in December 2019. He holds a Distinction in his LL.M.

He can be reached at – speaktosaleem.amu@gmail.com