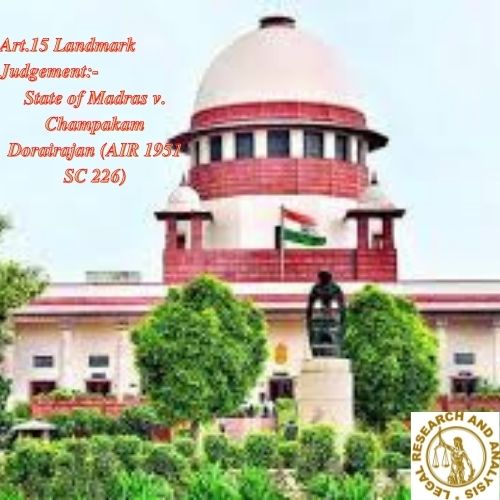 : In 1950 in Madras, there existed a quota system for admission to colleges. The State maintained four medical colleges and four engineering colleges. The admission in that was on the basis that for every fourteen seats, 6 were to be given to non-Brahmins, 2 to backward classes, 2 to Brahmins, 2 to Harijans, 1 to Anglo-Indians and Indian Christians, and 1 to Muslim.

This was based on the order issued by the Province of Madras or Madras Presidency in 1927, before independence, which was called as Communal Government Order (Communal G. O.). The admission was based on the reservation on the ground of the caste of a person in government colleges and in jobs.