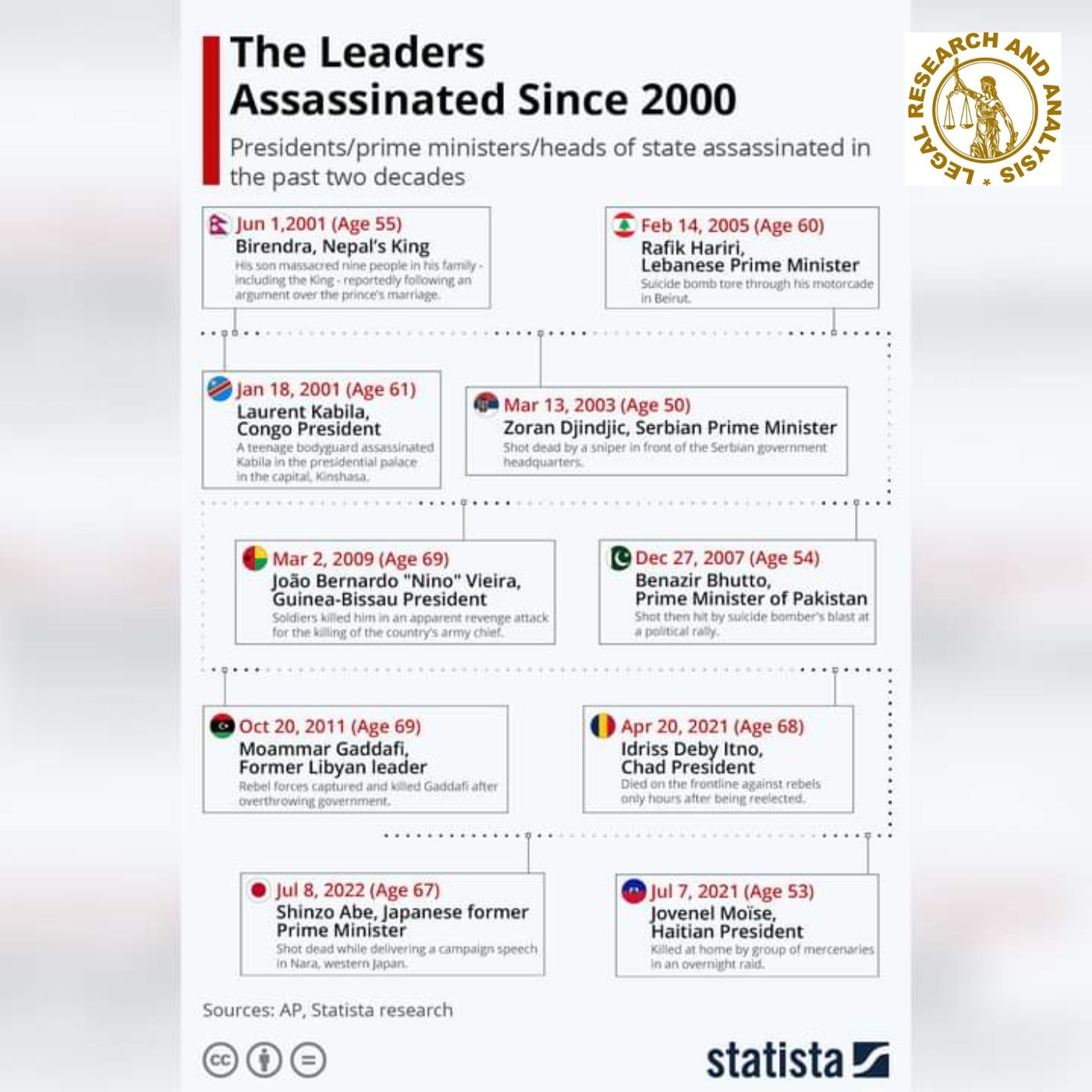 The murder of former Japanese Prime Minister Shinzo Abe, 67, during a campaign speech in western Japan, has left the world in shock. At least 16 high-profile murders of leaders have occurred around the world since 2000.