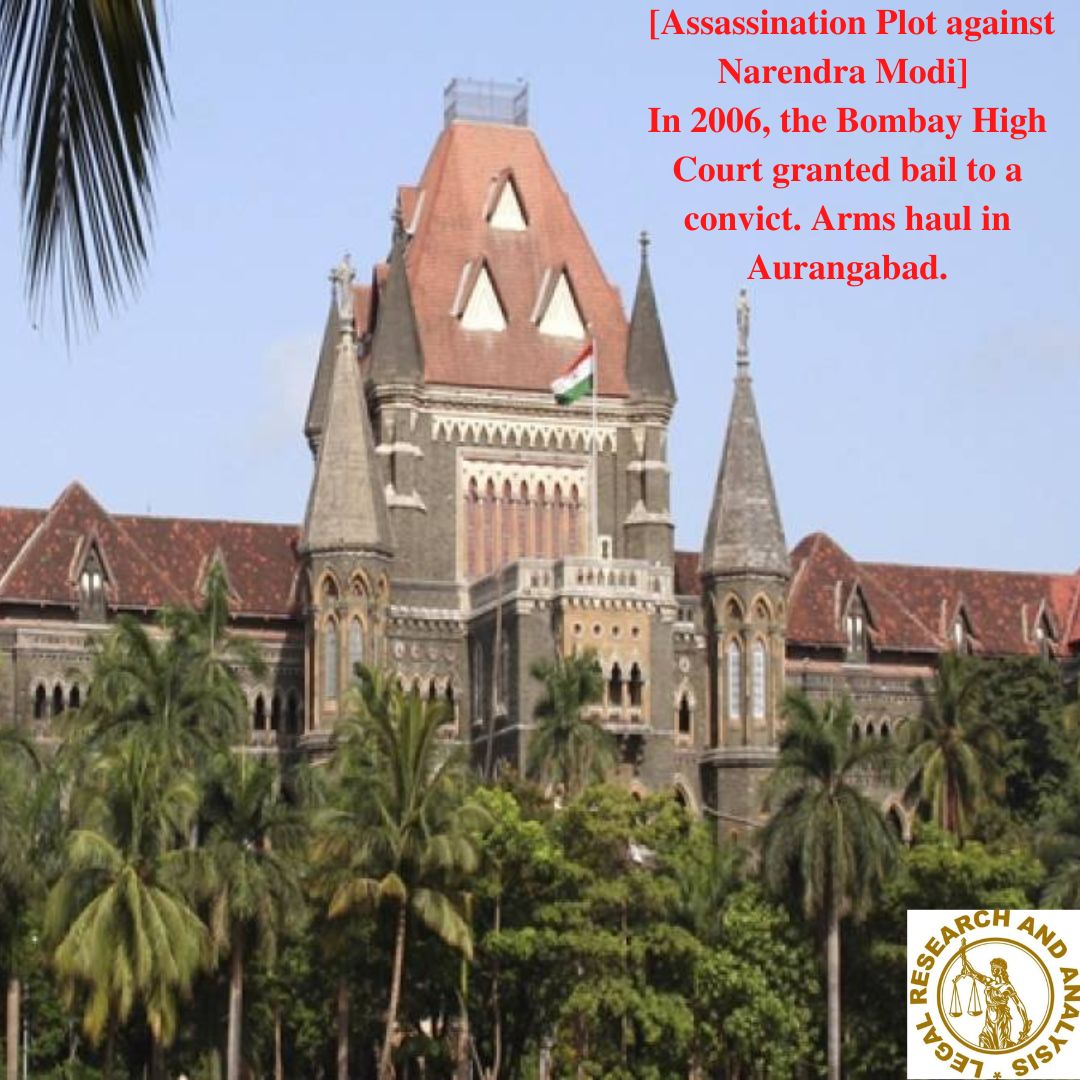 The Bombay High Court observed on Friday while awarding bail to a person convicted in the 2006 Aurangabad Arms Haul Case [Bilal Ahmed Abdul Razaq vs The State of Maharashtra]. Simply attending a militant meeting or being exhorted to join Jihad is not good enough to hold that the concerned person was willing to play a major role in Jihad.

The case relates to a Maharashtra Anti-Terrorist Squad operation on May 8, 2006, in which three terror suspects in a car were apprehended on the Chandwad-Manmad highway near Aurangabad.