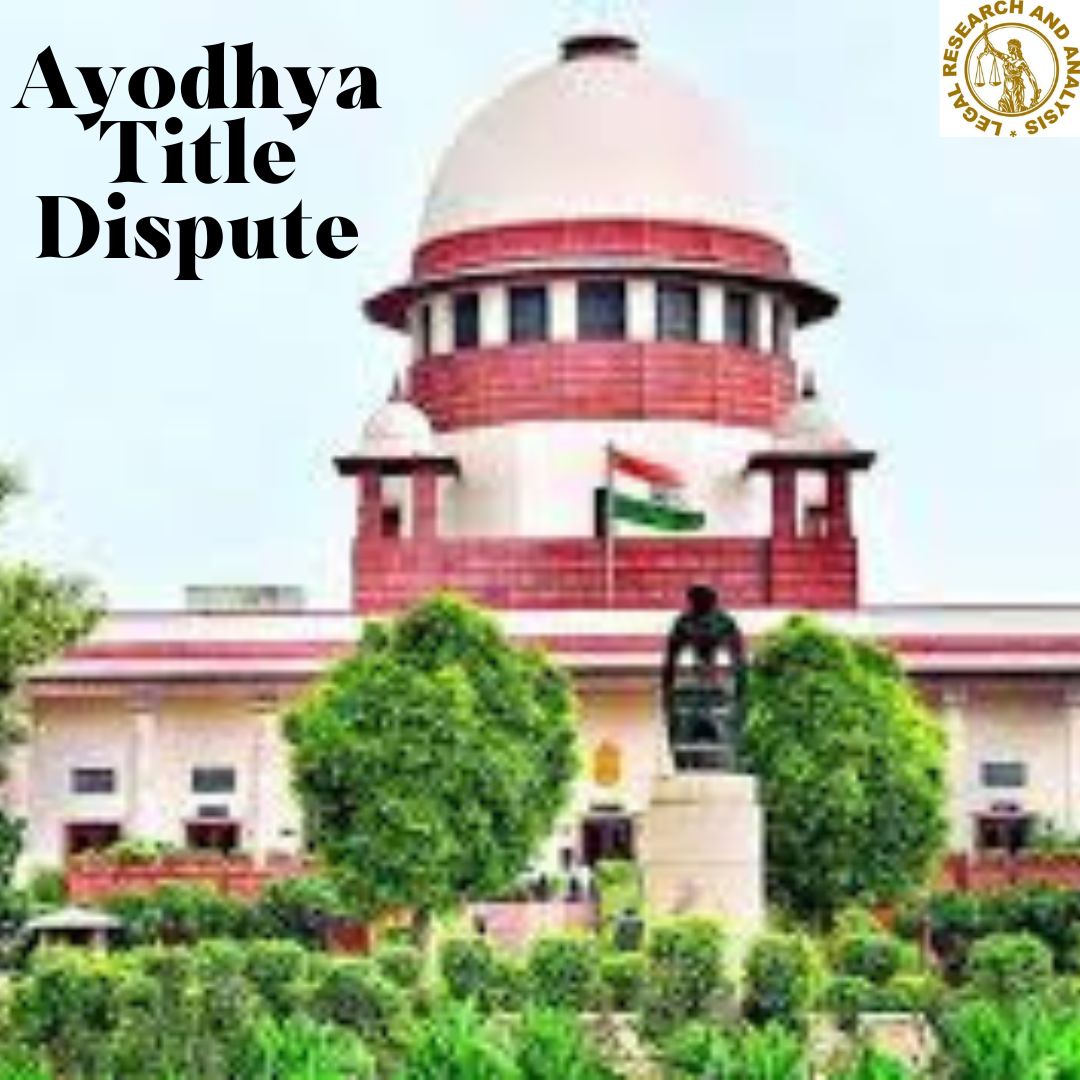 The Ayodhya dispute which is also known as ‘Ram Janmabhoomi Vivad’ was one of the most famous disputes in the socio-religious history of India. The dispute was related to the plot of land in the district Ayodhya, U.P, which is regarded as the birthplace of Bhagwan Ram.

Hindus believe that in the sixteenth century the Babur demolished the temple situated at the birthplace of Ram and built a Mosque which is known as Babri Masjid.