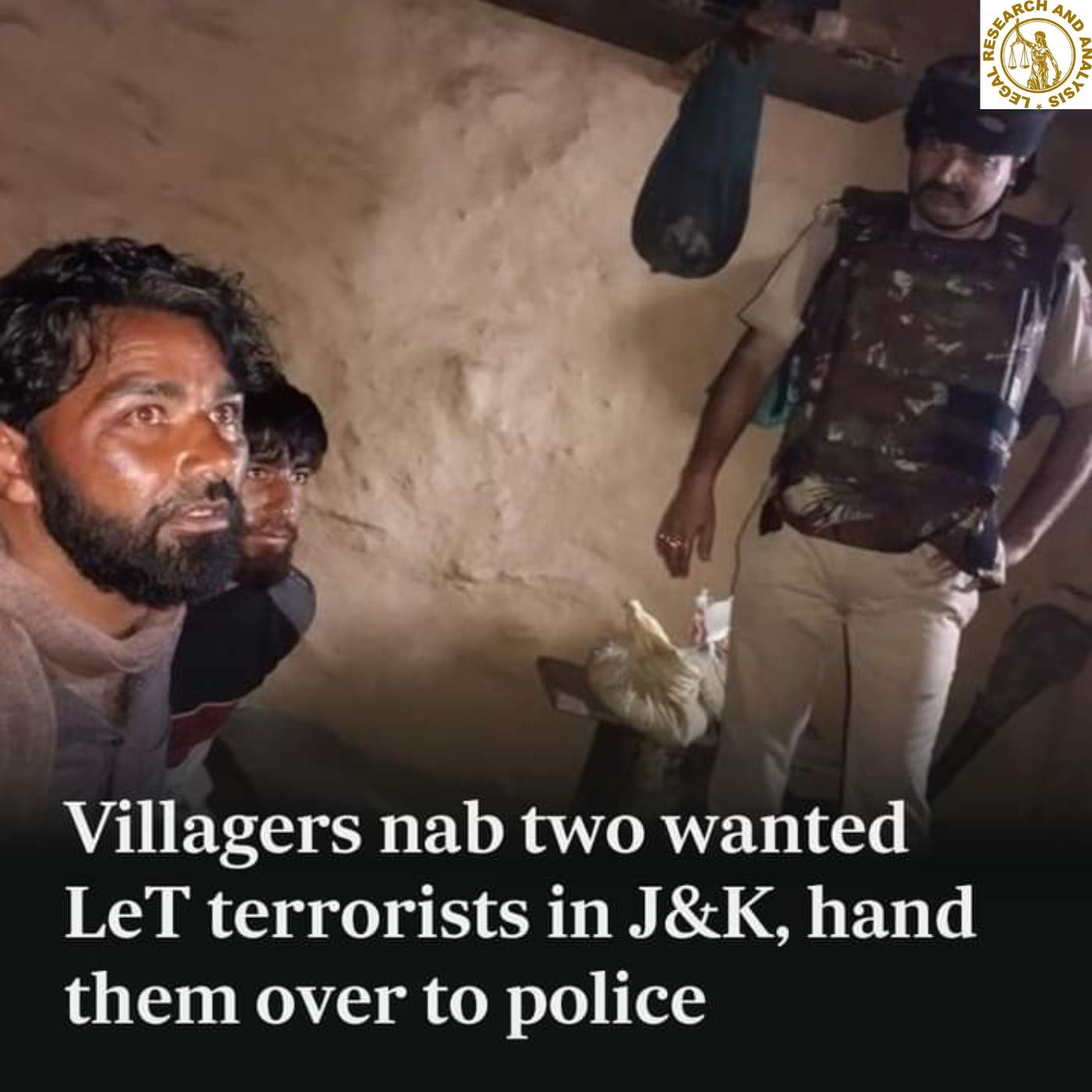 On Sunday, two heavily armed Lashkar-e-Toiba terrorists were outmatched by villagers and handed over to authorities in Jammu and Kashmir’s Reasi district, according to the J&K Police.

Talib Hussain, the Lashkar commander behind the recent IED blasts in the Reasi district, was apprehended by security services in Tucson after being overpowered by the villagers.