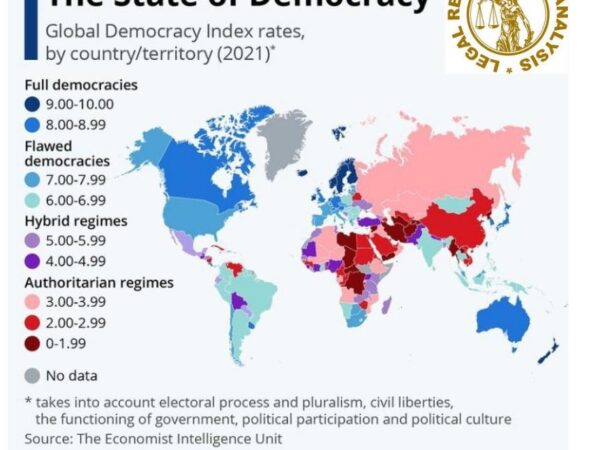 Has democracy declined in recent years? The Economist Democracy Index rates countries on the state of their governing system each year. In the latest installment published, 21 countries in the world were rated as “full democracies”, including all Scandinavian countries, several Western European nations as well as Canada, New Zealand, Australia, Uruguay, Mauritius, Costa Rica, South Korea, Taiwan, and Japan. France and Portugal went back to the ‘flawed democracies’ status in 2020 after having spent just one year in the highest section, and there they remained in 2021.