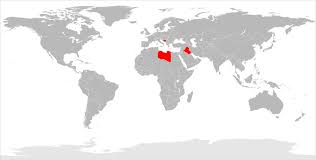 As Vladimir Putin’s army closes in on Kyiv, and Russian rockets fall on Ukrainian cities, America and its allies are being asked to step in. On February 28th Volodymyr Zelensky, Ukraine’s president repeated his earlier request for the West to “impose a no-fly zone over significant parts of Ukraine”. Some influential people agree. “Are we going to sit and watch while a world power invades and destroys and subjugates a sovereign nation?” asked Philip Breedlove, a former American general who commanded NATO forces until 2016, in an interview with Foreign Policy, a magazine.